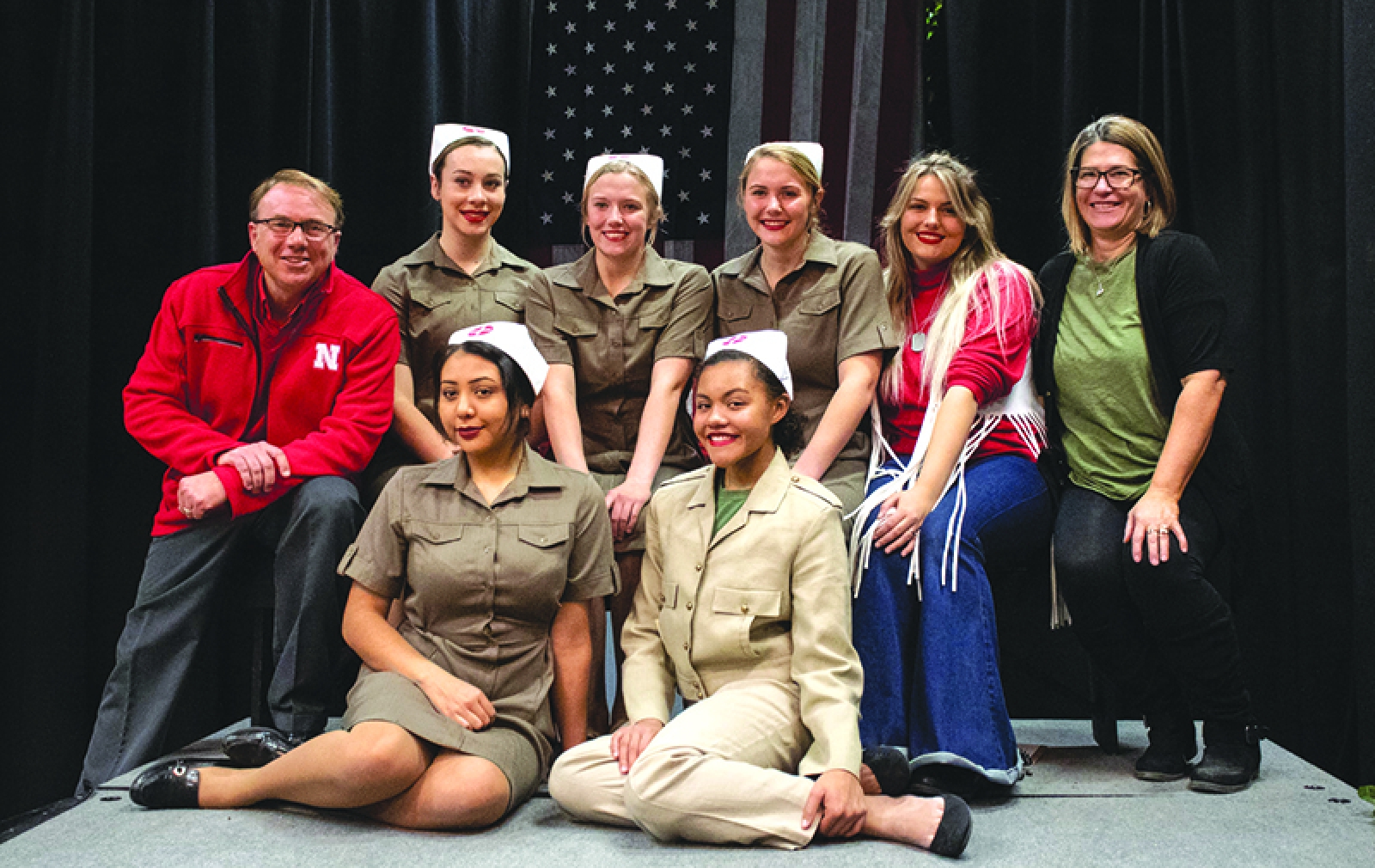 The One Act Cast and Crew continued their success and momentum of 2020 by putting on another superb performance of their play, “A Piece of My Heart” and taking home the District Title.

It was a close one though, as a tiebreaker had to be used to separate Gordon-Rushville and Bridgeport, with the edge being earned by the Mustangs.

“These ladies know how to work well off each other. If one makes a mistake, another will pick it up and run with it. They cover each other well,” said Director Ryan Lovell. “It doesn’t usually happen, but in live theater, you only get one shot to get it right, so them being really familiar with each other, is vital to a perfect production.

Up next is a trip to Johnny Carson Theatre in Norfolk, Neb., to take on the best at the One Act State Championships.

The Mustangs will take the stage at 2:30 CST on Thursday, December 10th. There are 2 tickets allowed per each cast member, so the Mustangs will perform to a crowd in a competition setting for the first time this season.

On Wednesday, December 9th, there will be a pep rally at 11:00 a.m. at the High School and a Main Street send-off for the cast and crew at 12:00 p.m.  The send-off will head down Main St. in Gordon and will be escorted by the Fire and  Sheriff’s Department.

Qualifying for State is not a foreign occurrence for the Mustang One Act crew.  They have made the trip 3 of the last 4 years.

Director Lovell gives all the credit to his cast and their hard work.

“We really brought the emotion out of the characters at districts. These girls nailed all the feelings and breakdowns with an artist’s touch,” said Lovell. “They reached down deep and brought each of their characters to life in the most dramatic way possible,” he added.

Lovell said the play is ever evolving with some adjustments being required leading up to State.

“As for now, we have been tweaking the show since we will be on a much bigger stage in Norfolk. Since this stage has a cyclorama, we will be adding a red, white and blue light on it, thus creating an opening tableau that will enhance the opening scene,”said Lovell.

Through the practice and adjustments, the goal remains the same; a State Championship.

“Now we need a state title. This school does not have a state title in anything since we consolidated. So we can hope,” said Lovell.”

And hope we will.