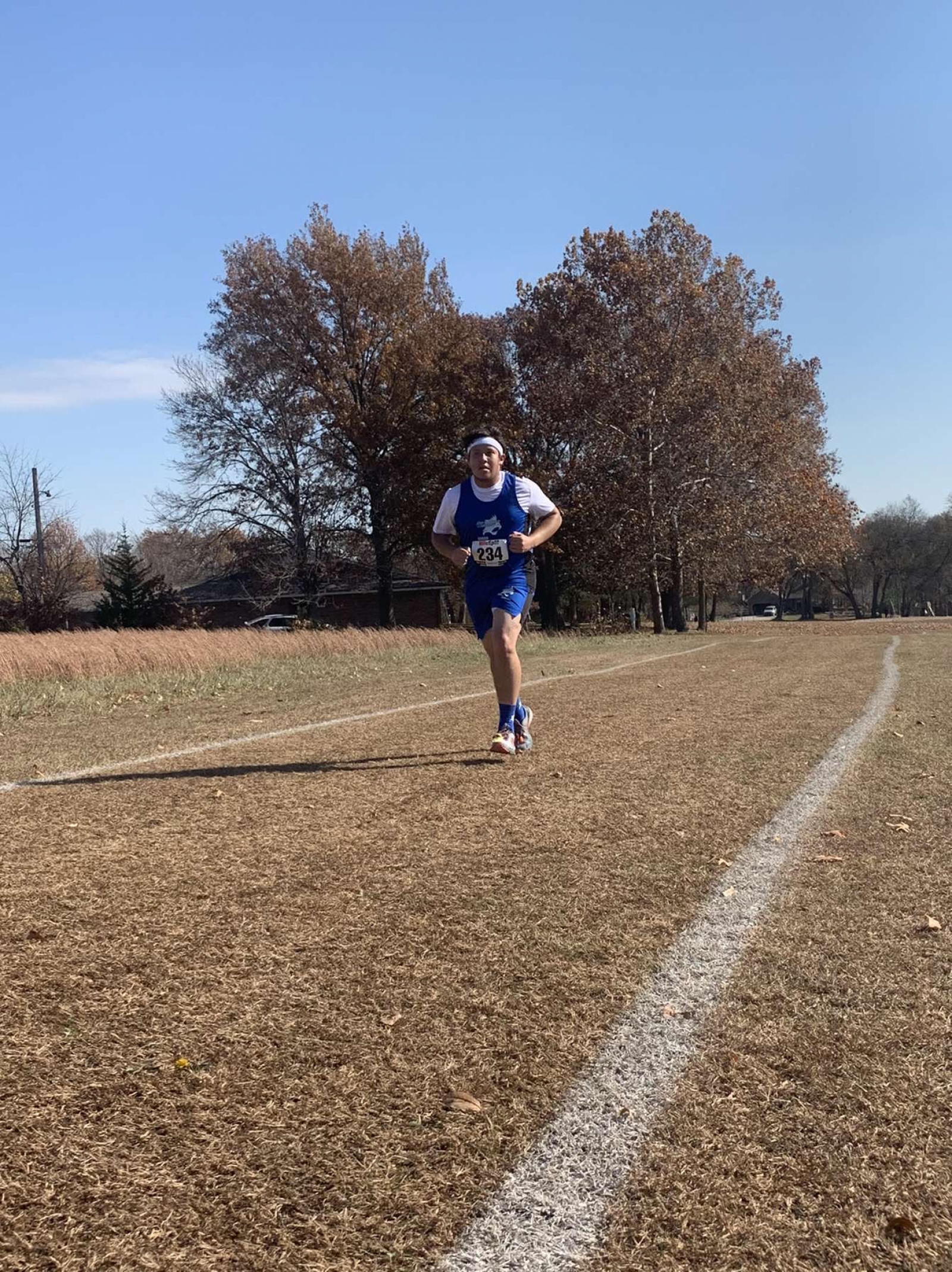 While it was an interesting call for help, 2018 Gordon-Rushville graduate Andrew Black Elk still answered the bell.

Black Elk is attending college at Peru State in Peru, Neb.  and is taking classes towards a teaching degree.  Black Elk is working towards fulfilling his dream of being a high school math teacher.

One day, he received an email from the athletic department asking for male runners to join the Cross Country Team

Peru State College had not had a men’s cross country team for the past 30 years and Head Coach James Cole was looking to revitalize the program.  Cole had only 4 runners signed for the upcoming season.

“I asked the athletic department to put out an all-campus email asking for anyone interested in competing in cross country,” said Cole. “Andrew was the first to answer the call.”

Black Elk signed his letter of intent and just like that, became a collegiate athlete.

“Signing my letter of intent was really exciting,” said Black Elk. “At the same time it was nerve-racking as well.  I was not sure how I was going to handle being a collegiate athlete and student.”

“That was a very respectable time and something I was very proud of him for,” said Cole.

Two weeks later, Black Elk dropped his time to 39:12.10, averaging less than 8 minutes per mile.  This was at the Maple Leaf Invite in Baldwin City, Kan. in temperatures that hovered around 20 degrees. Six weeks in, Black Elk had shaved a solid three minutes of his time.

“Training was definitely hard to get back into shape, I had not ran very much over the last year,” said Black Elk. “But through those practices I got back to where I wanted to be.”

The season continued and Black Elk remained a consistent force for the Bobcat team.  They finished up the 2020 campaign with their Heartland Conference Meet, once again at Baldwin City, Kan.  The Bobcats finished 13th overall in the meet.

Black Elk was given an award from his coach and team for Honorable Mention Most Improved Runner.  He was presented this at the end of season banquet.

Looking to the future, Black Elk has carved his role into the Bobcat Cross Country Program.

“I know he will continue to be a positive influence on the team and give his all to improve,” added Cole. “He is an asset to our program and I enjoy working with him.”