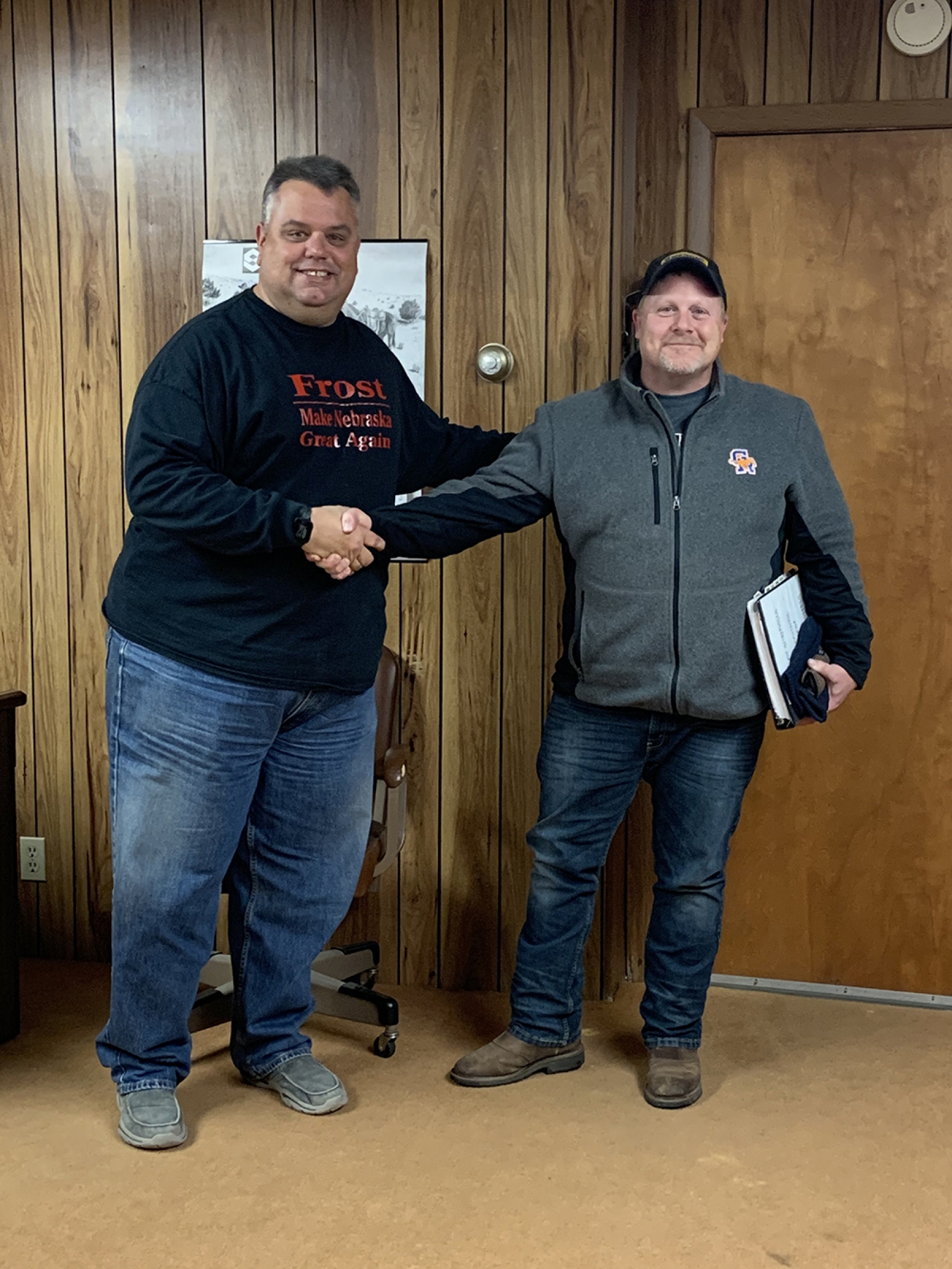 The regular meeting of the Rushville City Council was called to order at 6:00 p.m. on

December 28, 2020 by Mayor Chris Heiser.  It was noted there is a copy of the Nebraska Open Meetings Act posted in the meeting room.  Members present were Matt Jansen, Brian Snyder, and Steve Willnerd. Member Steph Lovell was present via phone conference. Also present was City Attorney, Aaron Conn.  The Pledge of Allegiance was recited aloud by all parties present.

The minutes from the November 30, 2020 regular meeting were approved as presented. The treasurer’s report for the October meeting was also approved.

Kris House and Amanda Haller gave updates on the status of the Rushville Welcome signs.  Rudy Reina has been given the bid for the metal and welding needed for the signs. The Rushville Chamber of Commerce has raised over $22,000 so far and has one place secured for placement of a sign.  The next chamber meeting is January 14th at the Rushville American Legion, it will be a Social with diagrams and more information on the signs. Anyone who is interested in attending is welcome.

City attorney Aaron Conn swore in new Rushville City council member, Curt Gilchrist. Mr. Gilchrist is the replacement for Brian Snyder who had been a member for the past 7 years. Mayor Heiser and the rest of the council thanked Mr. Snyder for his service to the City of Rushville.

The Rushville City Council elected Steve Willnerd as the Council President for the upcoming term.

Council president Willnerd gave notice of a vacancy to the Rushville City Council. The vacancy will be posted in the Sheridan County Journal Star.

The Rushville City Council approved Ordinance #20-799 - a change of the quorum requirement allowing the Mayor to be deemed a member of the council in special circumstances that would require his/her presence to make a quorum.  The council then waived the two remaining readings of the ordinance.

The Rushville City Council passed Ordinance #20-800 relating to the voting power of the Mayor in circumstances involving appropriations or payment of money. The Council waived the additional 2 readings of the ordinance.

The council was presented with 2 bids received for the Modisett Park bathrooms.  The bid process has now closed.  Mayor Heiser stated he will present the Modisett Park Board with the bids and get their input.  All actions were tabled until the January 2021 meeting.

The City Council reviewed and approved the bills as presented.

With no further items, the meeting was adjourned at 6:40 p.m.

More in this category: « Black Elk Answers the Call and Becomes a Collegiate Athlete Box Tops Puts Cash Into Our Local Schools »