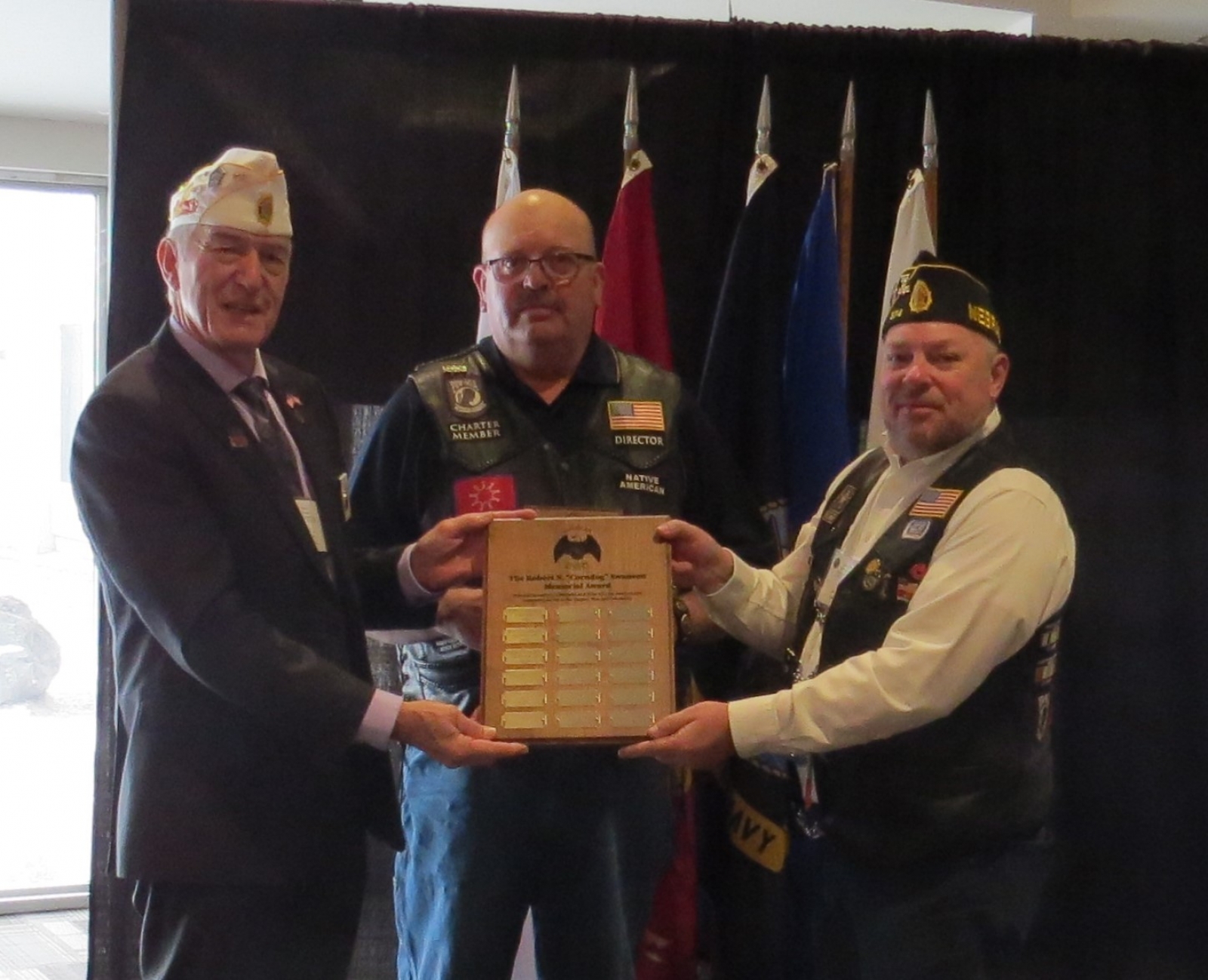 Gordon resident Casey Walton founded the American Legion Riders (ALR) chapter at Gordon Post 34 in 2014 to help honor and pay tribute to our Nation’s Veterans.  His many years of service and commitment to the organization has come to fruition with Walton receiving the 2020 Robert N. “Corndog” Swanson Memorial Award.

The award is presented annually to a Nebraska ALR rider who has demonstrated outstanding service to the Chapter, Post, and Community.

The American Legion Riders originated in Virginia, with Robert “Corndog” Swanson founding the first chapter in Nebraska in 2009.  The organization has built momentum since then, now totaling 45 chapters in Nebraska with 1,265 riders total in the State.

“The chapter Swanson started was in Omaha, Post 1,” said Walton. “Then it just branched out from there. He really was an instrumental guy.”

Walton’s history with the organization is well documented.  He was the Western Nebraska Liaison from 2016-2018 and the State Commander from 2018-2020, along with being the Riders Director for the Western Sandhills Chapter.

“When the Riders started in Virginia, it was just a group of guys that rode motorcycles who decided they were going to honor veterans,” said Walton when asked about the Riders humble beginnings.

Over the years, the ALR has evolved and now wears many hats. They provide escorts for veterans who are traveling to, for example, the Vietnam Wall.  The ALR works with the Wounded Warrior Foundation, Quilts of Valor, and they create the flag lines at the funerals of veterans.

Lately, Walton and the Riders have been presenting Quilts of Valor to veterans in the area. During this presentation, a veteran receives a beautiful quilt made by the Quilts of Valor Foundation in recognition of their service.

When asked what is at the core of the Riders, Walton focuses on one important thing; our veterans.

The award was presented to Walton at the American Legion in Columbus, Neb. on Saturday, January 16th. All 45 ALR Chapters in Nebraska nominate one person for the award. From those 45 nominations, a winner is chosen.