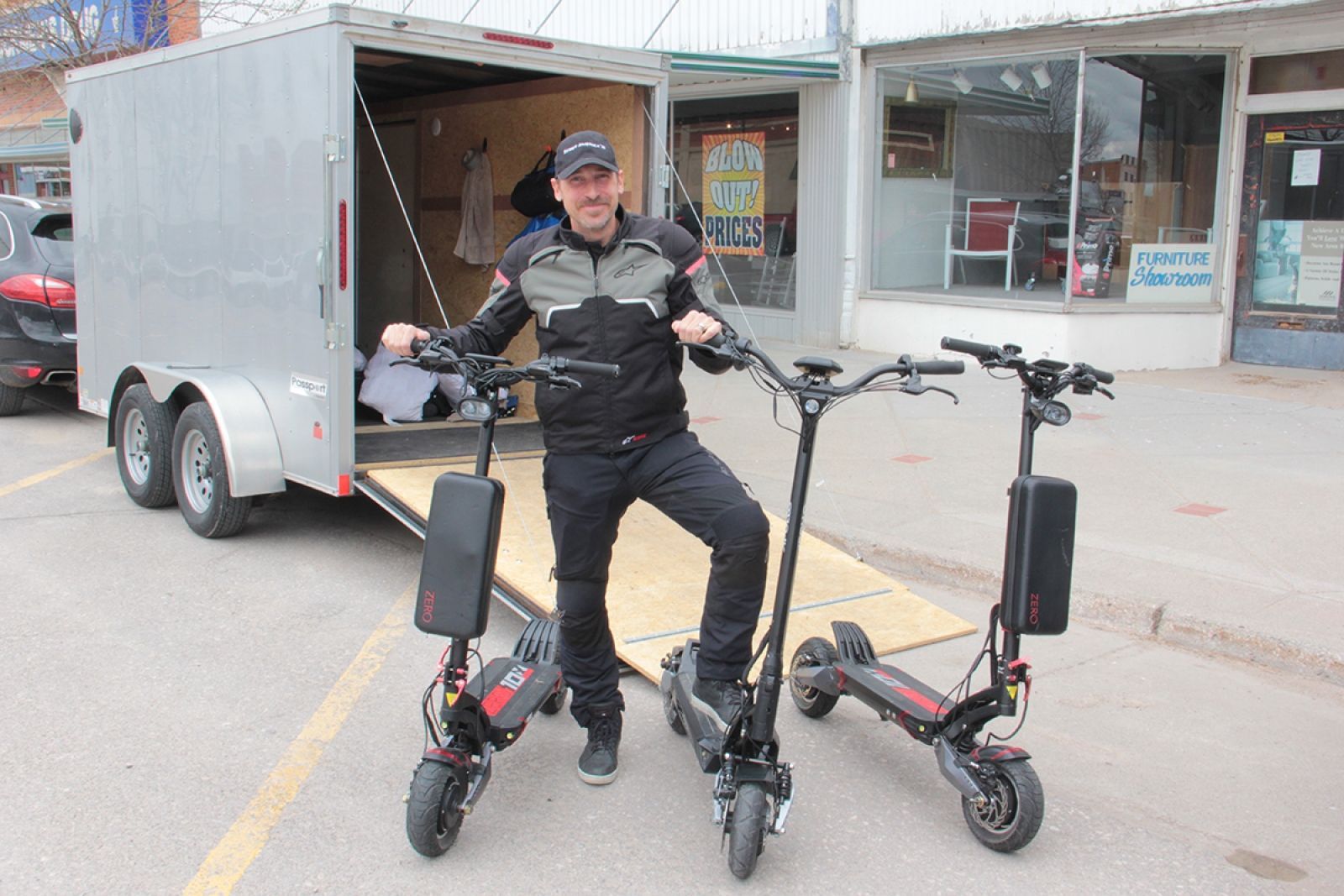 You never know what you might see cruising down Main Street in Gordon on any given day. And on Monday, May 10 you might have seen Alex Simon cruising Main on his scooter.

Simon is riding across America on his electric scooter to raise awareness about micromobility. The trip is dually titled “Scoot America.”

Simon defines micromobility as replacing cars with smarter alternatives on short trips. And while he recognizes this mostly applies to larger populated areas, he feels it can still be an asset in smaller communities. Think electric scooters, bikes, or skateboards as the alternatives to a gas-powered vehicle.

He is using the Historic US Highway 20 as his guide from Boston, Massachusetts to Newport, Oregon. The trip is set to last around 30 days total, with Simon riding into Gordon on day number 17. In the end, he will have rode 3,365 miles on his scooters.

The source of inspiration for Simon is his father. He passed away in November of 2020.

“When my father passed away I started to think about my legacy and what I was doing,” said Simon.

“I wanted to do something big and impactful so I decided to cross the country on a scooter to promote micromobility,” he added.

Simon is able to go around 100 miles per day and he keeps his speed around 25 miles per hour. He has nine scooters to choose from on a daily basis and charges them overnight wherever they set up camp. The scooters can reach a top speed of 62 miles an hour but the range is greatly reduced at high speeds.

“Most people think of scooters as a kids toy,” says Simon. “Part of this trip is to raise awareness of what tools we have access to. These scooters are privately owned, weigh quite a bit, and go pretty fast.”

Simon is getting closer to his finish line and you can follow his progress on Facebook. The name of his page is “Zero to Epic.” Simon posts video blog update links on YouTube along with many beautiful photos from his trip. He hopes to have completed the trip by May 23.