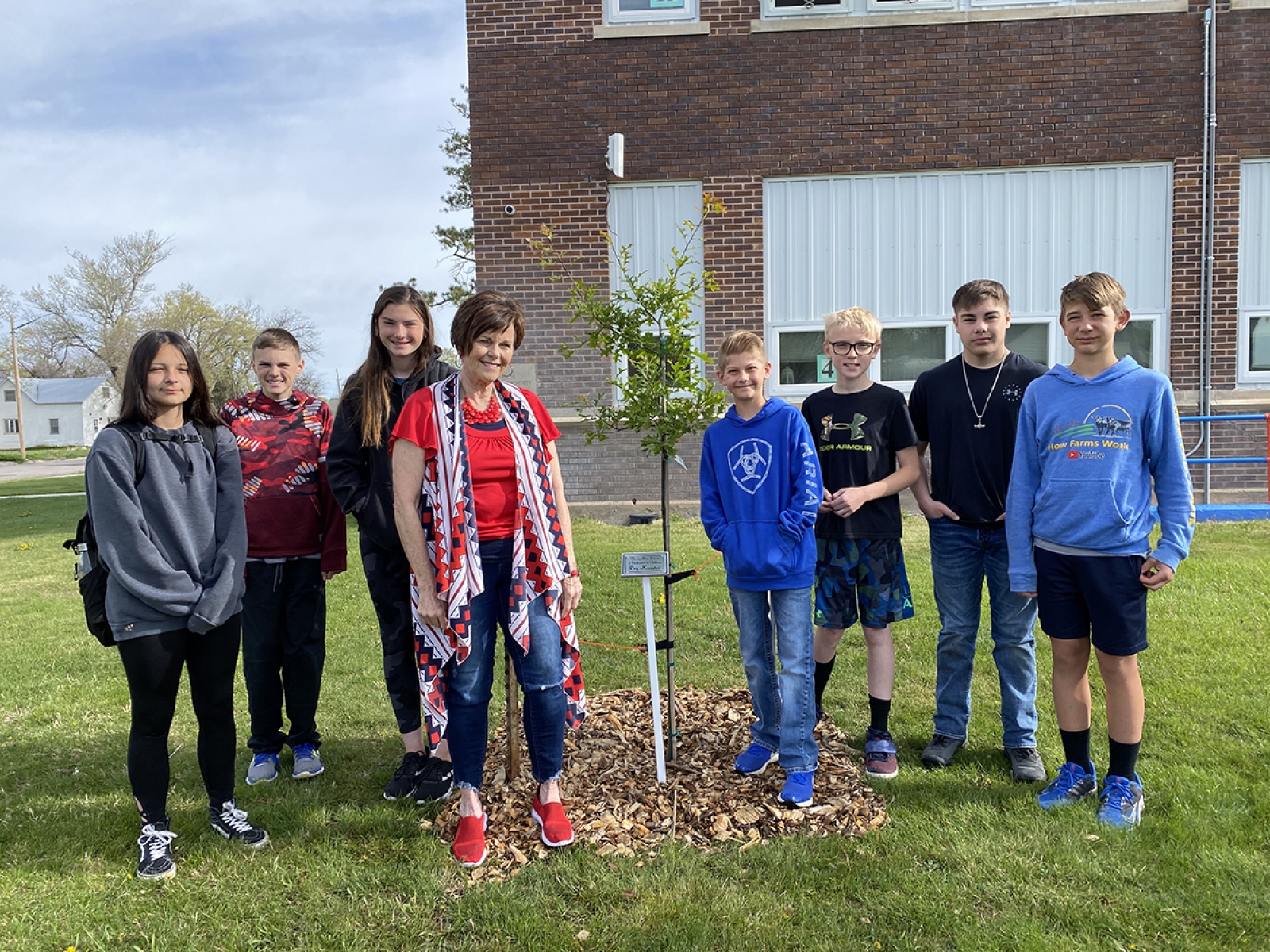 A lifelong Sheridan County resident and a 35-year veteran of the Gordon-Rushville School District, Peg Kuester, is ready to begin a new chapter; retirement.

Kuester, who is a Rushville native and a 1971 graduate of Rushville High School, has filled many roles during her years in the District.

She recalls when she first began, she had a wage of $5 per hour which included health insurance, when she began her Office Manager job at Rushville High School.

“I loved my office manager job and all that went with it. It was also nice being right across the street from my children who were both in elementary at the time,” said Kuester.

Peg, and her husband Tom, had two children, Scott and Andrea. The pair came home to Sheridan County after a stint in the Eastern half of the state to help with the family ranch.

Some of the biggest and best memories for Kuester and her time in the District have been when the consolidation took place between the two schools in 2006.

She felt it was a major asset to separate the Middle School and High School children and the students have adapted very well.

After the consolidation, Kuester became the secretary for the Middle School. It was quite the change-up but she embraced the change.

The big plans for retirement include traveling with her husband and visiting their children and grandchild, Gemma, who lives in Lincoln.

Kuester says she will miss her work family but most of all, the students.

“It has been such fun watching how the students change from sixth to eighth grade and also watching them go through high school and see what they do with their lives,” said Kuester.

Although the change will be one that will take some getting used to, Kuester has a positive outlook.

“Life as it is will change again, but I am sure it will be for the best. I am excited to see what the future brings.”

More in this category: « ‘Scoot America’ rider Alex Simon passes through Gordon After 37 years, Benben will step back from coaching »