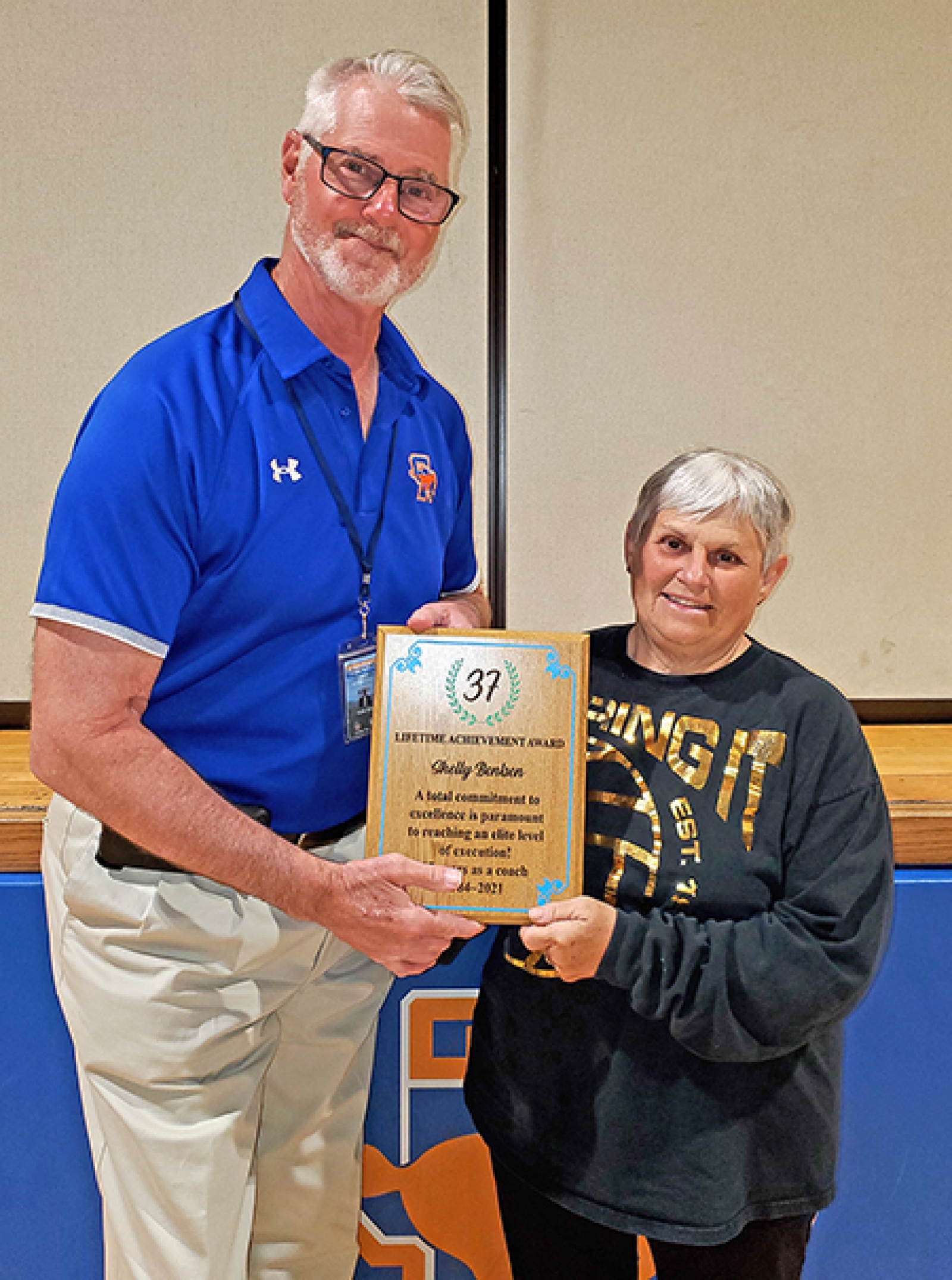 Gordon resident Shelly Benben has been on a sideline as far back as she can remember. The longtime coach is hanging it up though after 37 years of coaching in the Gordon-Rushville District.

Whether it be volleyball, track, or basketball, Coach Benben has done it all from Middle School, Intramural, and High School.

Benben is a 1975 graduate from North Loup/Scotia High School. After high school, she accepted a scholarship to play basketball at Chadron State College (CSC). Benben also played softball at CSC for three years along with playing basketball.

After she graduated from CSC, Benben student taught in Gordon which began the coaching journey that has ended in 2020-21.

Positive influences during her childhood set the mold for Benben to become a PE teacher and coach.

“I had good role models at my High School. My coach in high school, Kathleen Rakness, just retired this past week from 49 years of coaching,” said Benben.

Her father was also a major influence on her career in athletics. Jerry Holmes was a longtime referee and umpire for a multitude of sports. And Shelly was always not far behind.

One thing that has always stuck with Shelly as a coach has been the fundamentals. She blames the PE teacher roots for that.

“It drives me crazy to see athletes who don’t use proper fundamentals. Skills and fundamentals are a big part of what I like to teach as a coach,” said Benben.

As is the case for most coaches, what she enjoys most is watching kids develop. Her favorite method to help maximize the development; helping them set goals and then achieve them.

While coaching will no longer be on the docket for Benben, do not expect her to slow down too much. With five grandkids in Gordon, working at the Gordon Theatre and the swimming pool, and also subbing in the school district, she will remain busy.

Gordon-Rushville High School Activities Director Keith Mills presented Benben will a plaque at the Spring Awards night held at the High School. The plaque reads “A total commitment to excellence is paramount to reaching an elite level of execution!”

More in this category: « After 35 years with GRPS, Peg Kuester set for retirement Rushville All-School Reunion to host many events; including fireworks on July 3 »