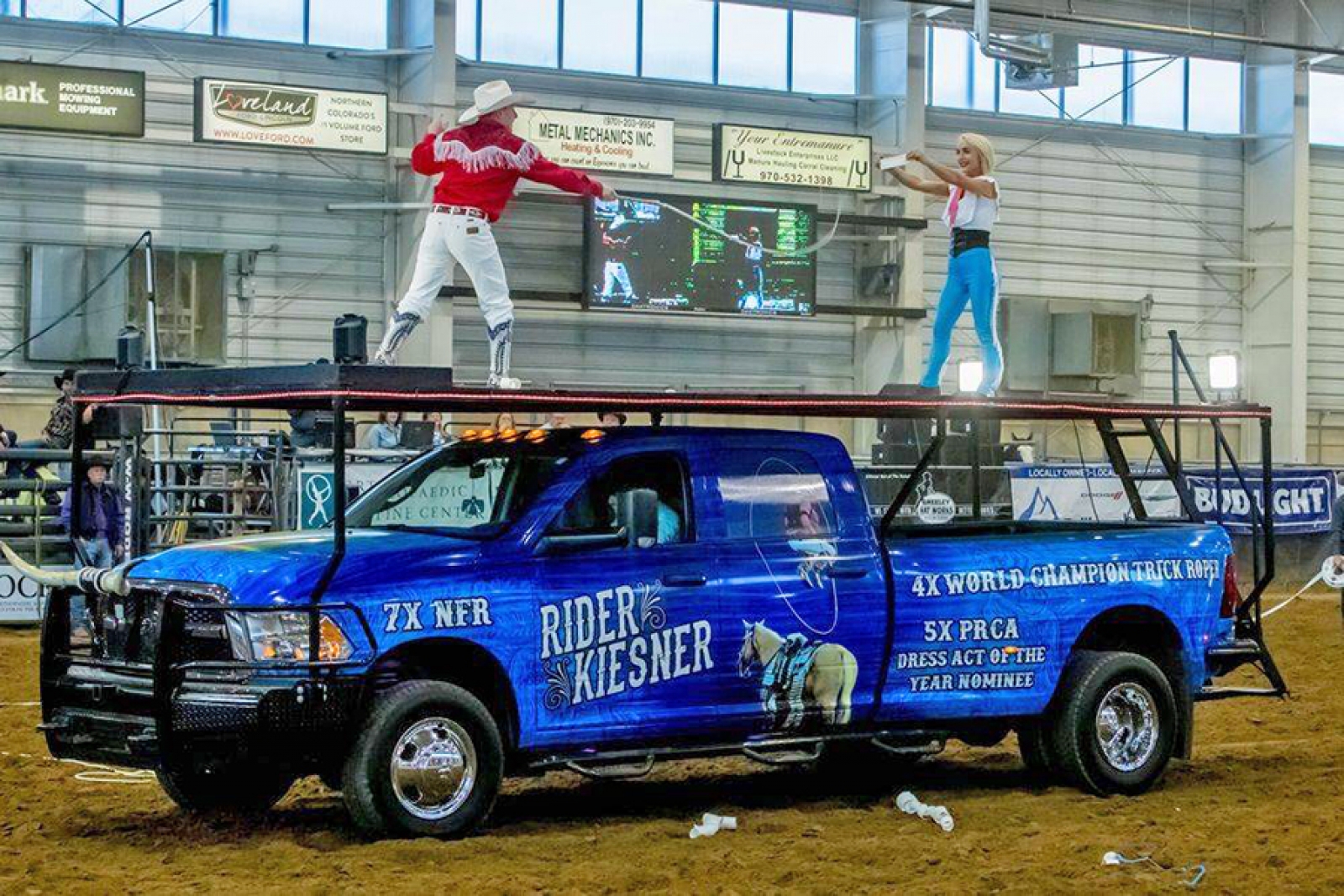 Rider Kiesner and Bethany Iles have traveled around the world and been featured at the country’s largest rodeos. And now they will be right in your backyard, taking to the dirt at the McGinley Arena during the Sheridan County Fair & Rodeo.

The pair, who just earned the 2020 PRCA Dress Act of the Year, look to impress and amaze even the most seasoned rodeo fans. Kiesner and Iles, who have been performing together for the past four years, will have three performances during the PRCA Rodeo event in Gordon. Each performance will begin at 7:00 p.m. and will take place on July 29, 30, 31.

“I always like to say were are like Roy Rogers and Gene Autry but the 2021 version,” said Kiesner. “We do an old school Wild West show but with a modern twist.”

Iles is a professional trick rider, performing amazing stunts at high speeds on her horse. Bethany essentially performs gymnastics while on horseback, performing stunts while the horse flies around the area. She will also assist Kiesner in many portions of his act.

You will see him with whips that are on fire, unbelievable gun spinning, intricate maneuvers with his rope, and whip cracking a flower out of Bethany’s mouth.

“Performing at rodeos and being part of something that runs five generations deep in my family, and that is something so important to American heritage is an honor to keep alive,” said Kiesner.

Kiesner is also a PRCA Rodeo Clown and will be filling that role during the Fair and Rodeo also.

Even though the pair are traveling across the country week in and week out, they are looking forward to coming to Sheridan County.

“I’ve heard a lot of good things about this rodeo, so it’s going to be fun to go out there and do what we love to do,” added Kiesner.

“We get paid to basically live out our childhood fantasies of being a cowboy and cowgirl.”

So mark the dates in your calender and make sure you get your tickets. This is one act you are not going to want to miss at the Sheridan County Fair & Rodeo.

More in this category: « Summer fun in Gordon; Wayland Park Disc Golf Course provides fun and exercise for all ages