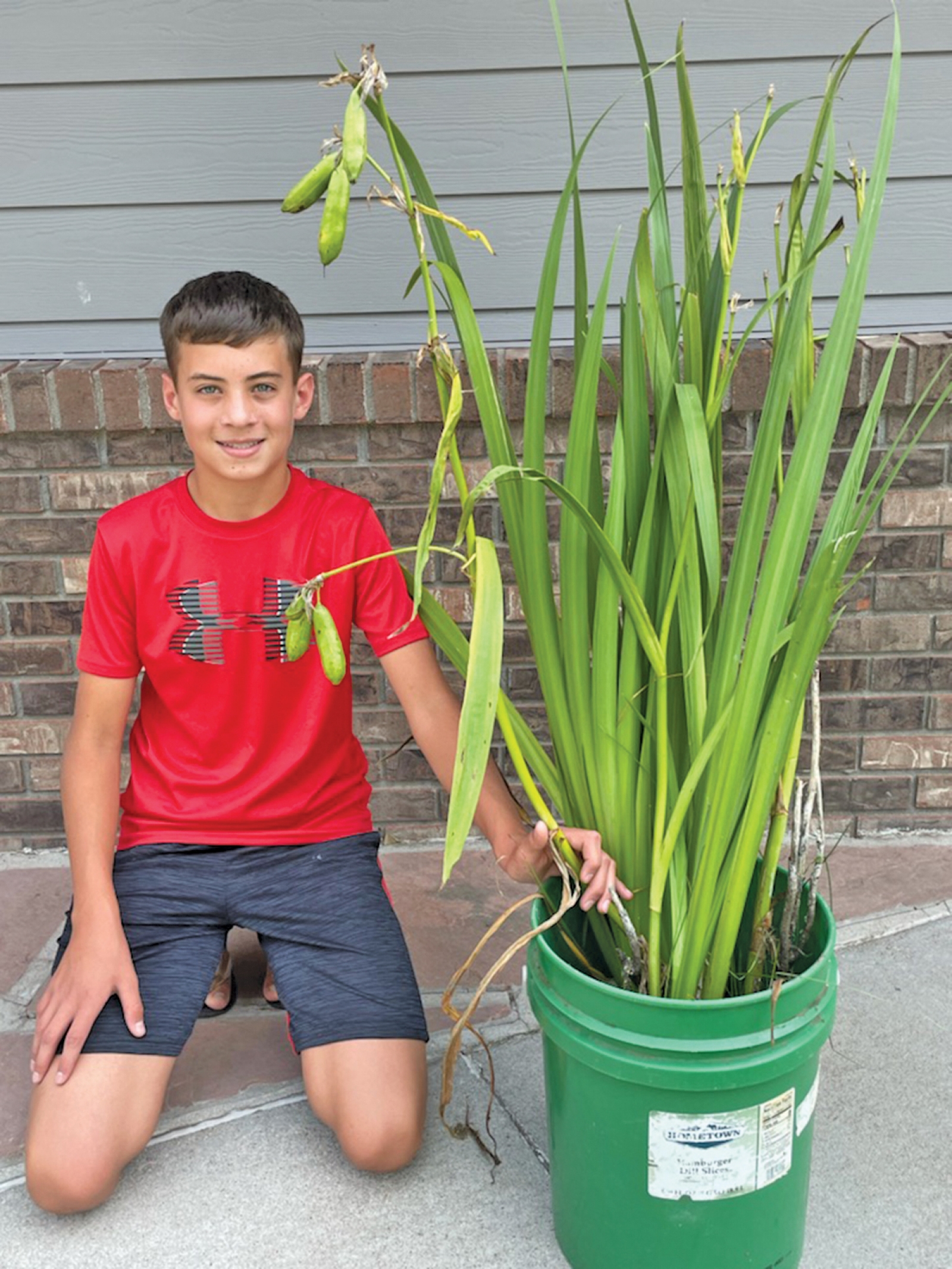 For Gordon-Rushville High School freshman and Gordon resident Ben Meyer, a recent day trip to Cottonwood Lake in Merriman turned into something special.

Meyer was out exploring with his friend Todd Schmidt, who is the Lacreek National Wildlife Refuge Project Director and fellow resident of Gordon, and noticed something unusual mixed in the with the normal cattails that Cottonwood Lake is known for.

“We were at Cottonwood and I saw a plant that kind of looked like a cattail but it stuck out,” said Meyer.

“I knew it was an Iris and I’ve heard of Yellow Flag Iris in the past but I’d never really specifically searched for it. I saw it and knew that something was up because native Irises in Nebraska do not get this tall,” added Meyer.

Meyer’s instincts were spot on; it was the invasive plant, the Yellow Flag Iris.

He took a sample home with him and placed it in a bucket. The pair returned and found more clusters of the plant around Cottonwood Lake and in the creek bed that runs through Merriman.

Meyer, Schmidt, and his father Tony made the drive to Broken Bow and Meyer presented his findings to around 40 audience members. Meyer spoke for 15 minutes and explained how the invasive species was found to the crowd. Meyer also discussed his interest in invasive species as a whole and fielded some questions.

Meyer said the Conference was a lot of fun and he learned a lot from the experts in attendance.

For a 15 year-old young man, Meyer has an interesting set of interests. Meyer loves the outdoors and anything that goes along with it. He has an interest in plants, invasive and native, trees, bugs, birds, animals, and so much more.

Meyer has set-up a pigeon coop to where wild pigeons from the area can come and go as they please. He just provides a shelter for them to sleep in and raise their young.

This love for everything in the outdoors leads to a pretty easy to answer to where Meyer wants his career path to lead.

“I would really like to be involved with conservation when I grow up,” said Meyer.

The Yellow Flag Iris originated from Northern Africa, Western Asia, and Southern Europe. It is a perennial iris that has leaves that extend up to 40 inches in length and have flowers that vary in color from pale yellow to nearly orange.

The plants forms dense mono culture stands over very large areas, often times crowding out other species and can restrict water movement. The plant is also toxic to animals and fish.

This information proves how important the discovery by Meyer truly is. And it’s not something that he has taken lightly to.

“The fact that I was able to see it, identify it, and could have prevented something bad from happening, is pretty cool,” added Meyer.

More in this category: « Senior Center in Gordon is a resource for seniors and citizens alike Gordon native Ted Ehlers involved in motorcycle accident; recovering in Colorado »