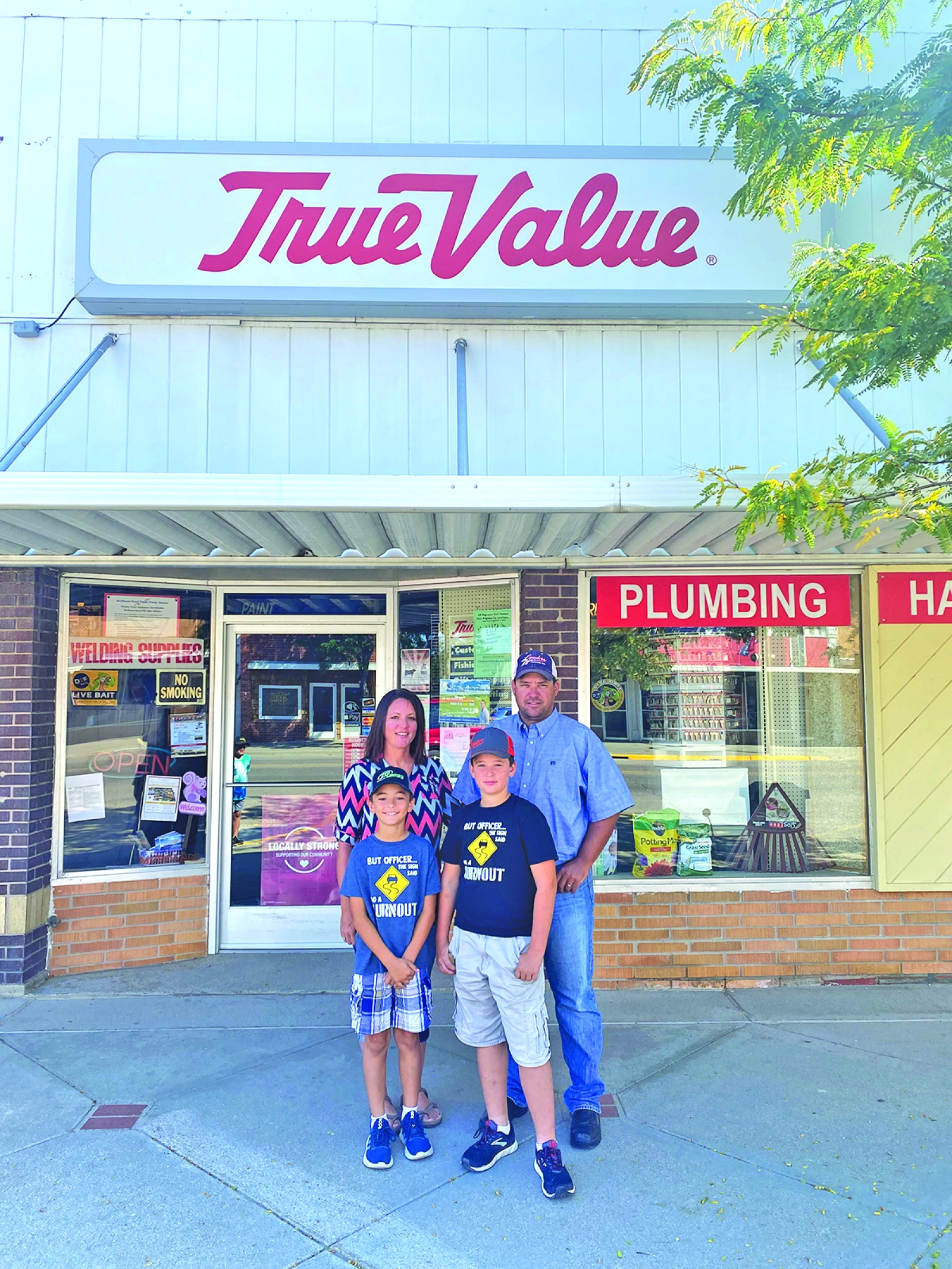 A mainstay on Main Street in Gordon will have some fresh faces behind the counter.

Kirby and Bobbi Johnson, along with their two youngest children, have moved into Sheridan County and purchased True Value.

The family was living in Loup City, Nebraska previously but had spent quite a bit of time in the Sheridan County area.

“We’ve been coming to the area regularly for the last 4 to 5 years and really fell in love with the people/way of life. We found ourselves never wanting to go home,” said Bobbi Johnson.

“So we started looking for a way to make it happen and after meeting Jim (Rucker) and seeing his store, it just felt right from day one,” added Bobbi Johnson.

Since 1971, there was a good chance when you walked into the building on Main Street, you would see Jim “Buck” Rucker.

Buck, and his wife Krissa, have officially owned the business since 1994 but Rucker began working there in 1971 for Jim Kamerzell.

When Rucker walked in for the first time in 1971, Kamerzell put his arm around him and said “You sure you want to work here son,” and he replied with a shaky yes. The rest is history.

For Rucker and his wife Krissa, they will look forward to spending more time with grandchildren and traveling the State of Nebraska.

“I’m not going to have a schedule to go by, that’s going to be nice,” Rucker said with a chuckle.

Rucker says that they are going nowhere though, they truly love the community of Gordon and Sheridan County. And his enjoyment of the job has never faded.

“I still love coming to work every day, and meeting people and having what they need when they walk in the door,” added Rucker.

“We’re going to stick around town, we love this area.”

Whatever Rucker has been doing over the past 27 years has been working and the Johnson’s do not want to change much. They will be focusing on offering the same great products and customer service that has been synonymous from the beginning.

Business ownership is nothing new for the Johnson’s. Kirby Johnson spent a long time working in factories around Loup City until he made the jump to start his own  spray foam/insulation business in 2013. Bobbi had spent many years as a loan officer before she joined Kirby full-time with the insulation business.

The pair stayed very busy with their business, so busy that Kirby is still finishing up some projects while Bobby learns the ropes at True Value.

The Johnson’s have four children, with the two youngest now enrolled at Rushville Elementary.

Easton is in fifth grade and Holden is in fourth grade respectively. Their oldest son, Garret, is 22 and works near Creston, Nebraska. Their only daughter Ashley is 19 and is currently enrolled at Chadron State College in the RHOP program.

“We have gained lots of friends, and friends that are like family, over the years of visiting Sheridan County,” said Kirby Johnson.

“The people of Sheridan County truly are great,” he added.

The family enjoys camping, hunting, fishing, classic car rides with friends, and riding side-by-sides; basically anything that involves the outdoors. Also, the family are Husker fans and enjoy watching and cheering for the Big Red.

The official sale date is October 1, 2021. Make sure to stop on by and say hello and also bid a happy retirement to the one and only, Buck Rucker.