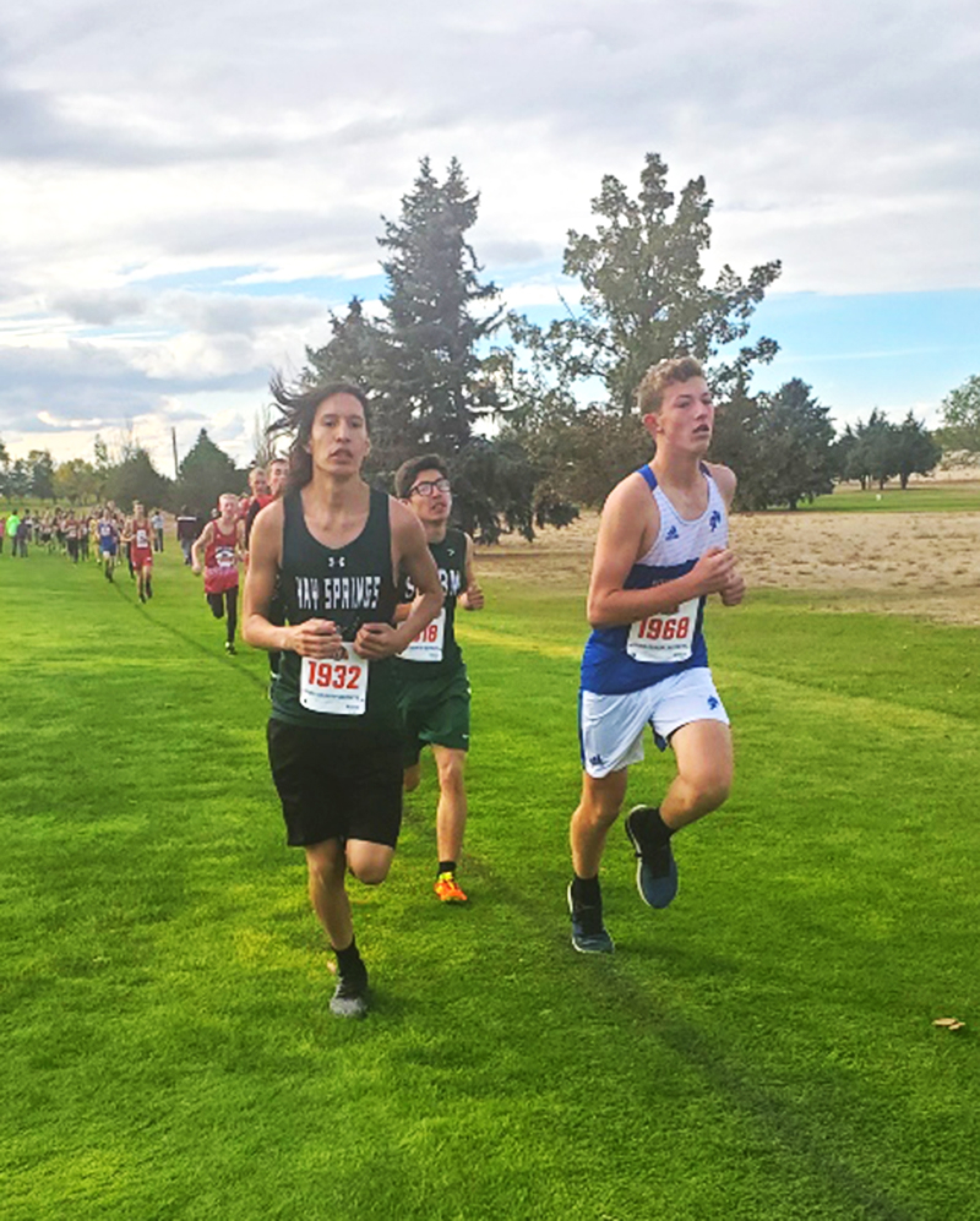 The Hay Springs Hawks Cross Country team has had only one runner all season. And it is sophomore Dusty Brien’s first season being a cross country participant.

As of late, Brien has found his stride and it all came to fruition for the Hawks runner as he saved his best race for the District Meet held in Bridgeport on Friday, October 22.

Brien blazed a personal best time of 19:31.9 and catapulted himself to a 15th place finish overall, earning him a spot at the State Meet held in Kearney on Friday, October 22.

“He shows up to practice every day ready to work hard,” added Marcy.

Brien began the season with a bit of inexperience but the drive to finish at the top and his natural running ability set him up for success.

“From the beginning of the season he has wanted to be up with the leaders in the races and he made it there,” said Marcy.

“I had high expectations for him this season because he has that natural ability for running. We just had to get him in shape and to the point where he could finish the race strong,” she added.

Now the pair will turn their attention to the State Cross Country Meet. And the goal will be very simple; go out and run one last PR for the 2021 season. Whatever happens beyond that is just icing on the cake for Brien as he completes his first season as a Hawks runner.

More in this category: « LaRose joins staff at Gordon Memorial American Horse makes it to State »