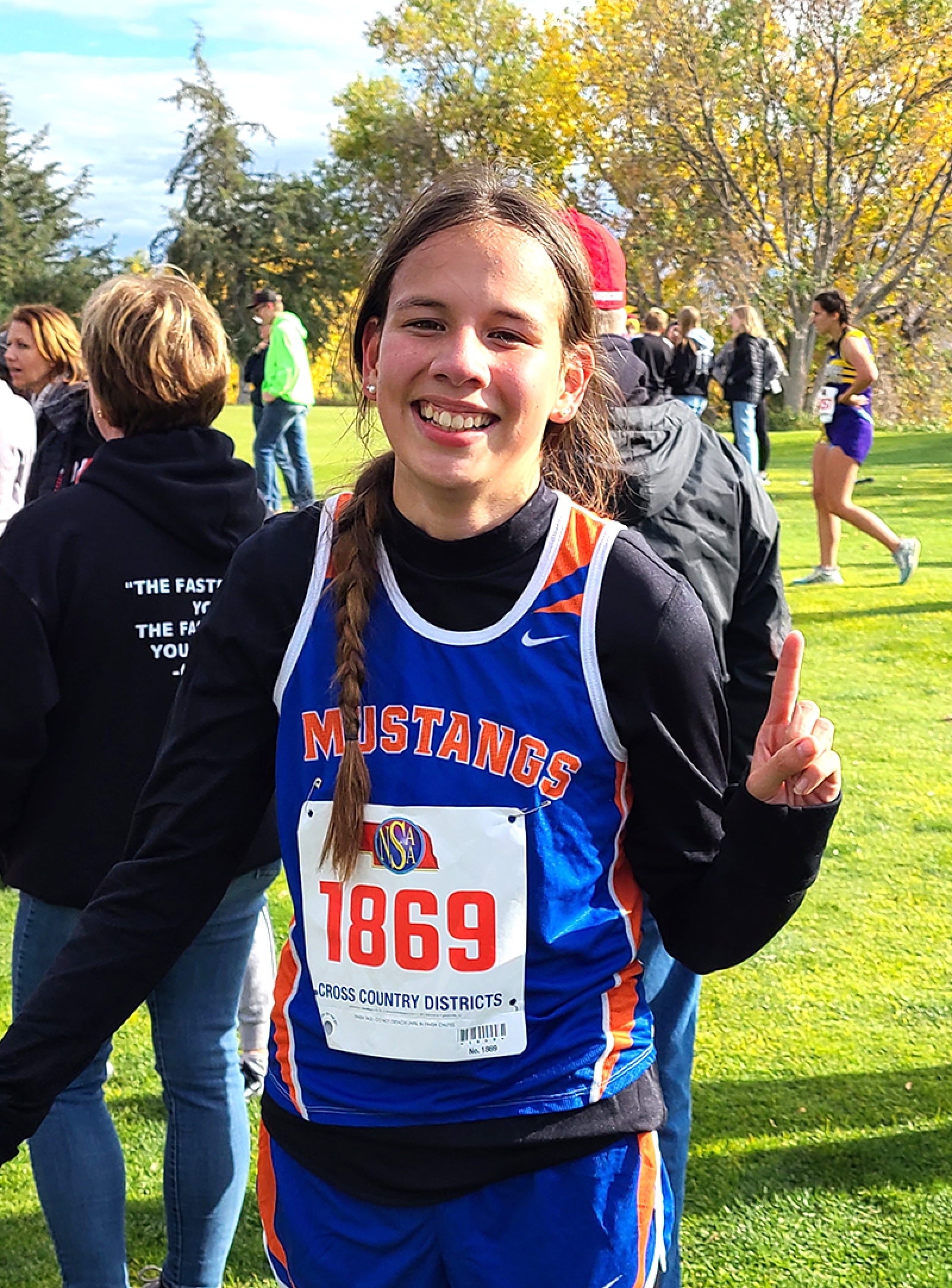 An up and down 2021 season has been quite the ride for sophomore Tyrah American Horse. Her times have not always been where she or her Head Coach Gatlin Mack have wanted but when the spotlight switched to the District Meet, American Horse came through in the clutch.

American Horse put down one of her better times this season at 22:19.50 and solidified herself into the 14th position. The top 16 runners qualify for the State Meet.

“Tyrah has been relentless with her workout ethic all year long. Each week and each day she was striving to get better and better so it was only fitting that her best performance came at Districts,” said Mack.

American Horse will now turn her sights to a familiar course in Kearney, Nebraska.

The Mustang runner competed their earlier this season but had an undesirable result. This will serve as motivation to improve upon her time and have a great showing at the State Meet.

“Although Tyrah qualified, she still feels like she has a lot to prove so there is no better stage to do that than State in Kearney,”said Mack.

“Earlier in the season she had one of her worst races at the UNK Invite so I know she is looking forward to having another run at it and improving her time/results. I expect her to go out there on Friday and give it everything she has left,” he added.

American Horse finished in 75th place during her freshman year at the State Meet in Kearney. She ran a time of 22:41.6.

Mack, in his first year at the helm for the Mustangs, believes in American Horse and her abilities and has since day one.

“Having qualified last year, we knew coming into this season that there were very high expectations for Tyrah,” said Mack.

“She met my expectations on our first day of practice alone by her work ethic and determination. She truly represents everything that it means to be a Mustang.”