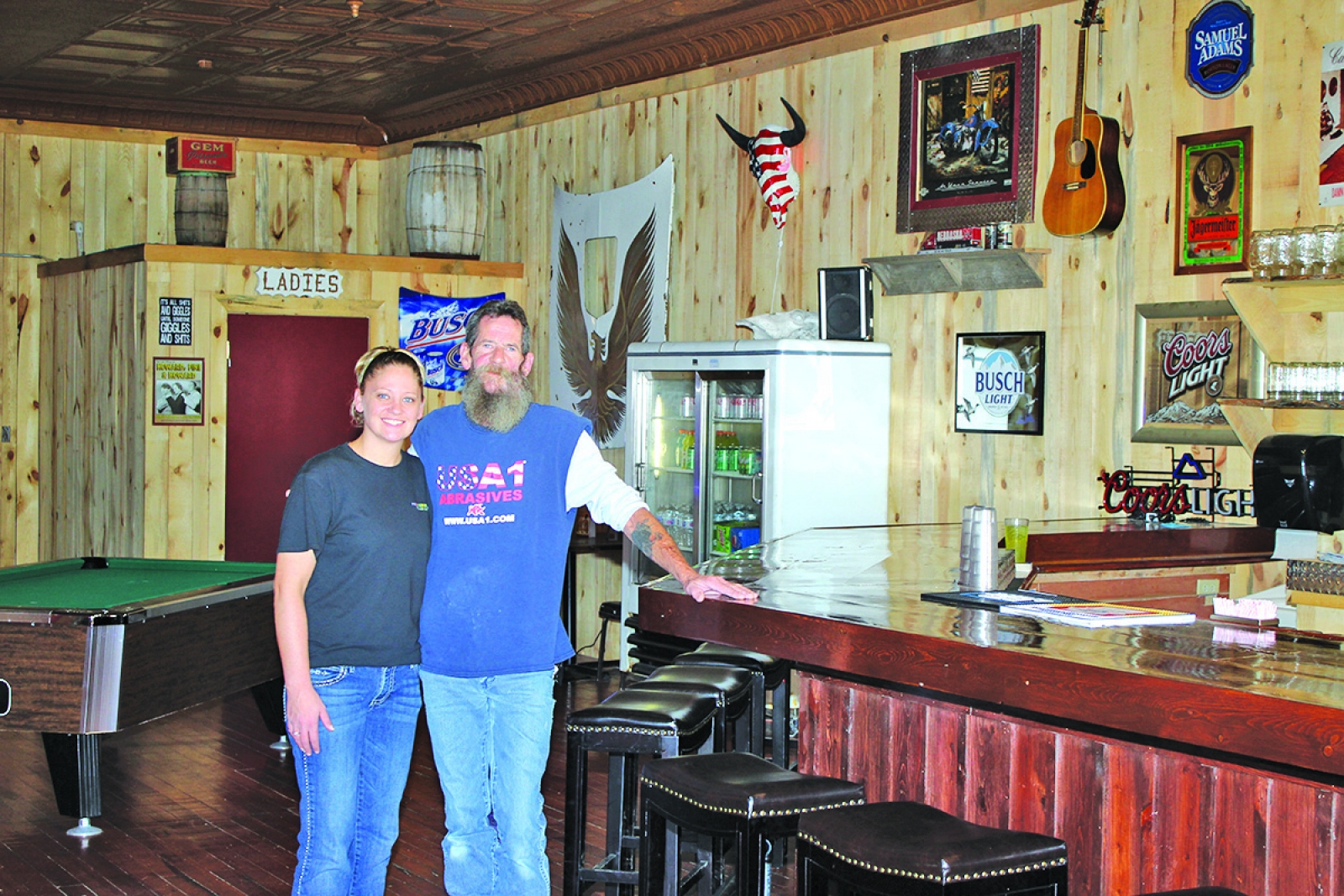 For Hay Springs resident Dave Agnes, owning a bar and restaurant was something he has always considered dipping his toes into. Agnes also recognized a need for another option for citizens of Hay Springs and Sheridan County so he made the dive into business ownership.

“This is something I have always wanted to do,” said Agnes.

“A couple of my buddies owned bars back Colorado and then this became available so I jumped at the chance,” he added.

The Outlaw Saloon sits in the former Mac’s Cafe on the southwest side of Main Street. It encompasses two buildings now, one side will serve as the restaurant and the other is the bar area.

Agnes notes that the restaurant side is a bit behind schedule but he is hoping to have it up and running in about 3 weeks.

When the restaurant does open Agnes hopes to feature new and exciting items with different themes. Some items he mentioned were seafood night, featuring crab legs, Mexican night, steak nights, and anything else that the public requests.

The Outlaw Saloon is also open for parties of all varieties.

Pool League has begun also and Agnes hopes to host Poker Runs in the future.

The bar is open by 4 p.m. on weekdays and stays open until 1 a.m. On Sundays, the bar opens a bit earlier to broadcast NFL games.

The bar is fully stocked and ready for any and all drink orders.

The history of the two buildings in downtown Hay Springs is rather unique.

The South portion of the Outlaw Saloon was the home for Riley’s Grocery Store for a long time extending into the 1960’s. It was also where Sister’s Pizza began in the early 1990’s.

Most recently the buildings were owned by Richard and Donna McKay and were the home to Pheasant Run and then Mac’s Cafe.

The North section of the Saloon was home to Dean’s Confectionery. This was your one stop shop for malts, old fashioned soda fountain, gifts, and had that old time dime store feel. Dean’s closed in the early 1960’s and then it was home to the Hay Springs Newspaper for a period of time.

In the 90’s Sister’s Pizza bought the space and expanded their restaurant. The two sides have remained combined since then.

And now a new chapter has begun on Historic Main Street in Hay Springs.

When Agnes is asked about what he thinks the future holds for the Outlaw Saloon, he can’t help but crack a smile.

More in this category: « GRPS hears complaints from multiple citizens about Critical Race Theory Hometown Halverson lays it on the line at the PBR Finals »