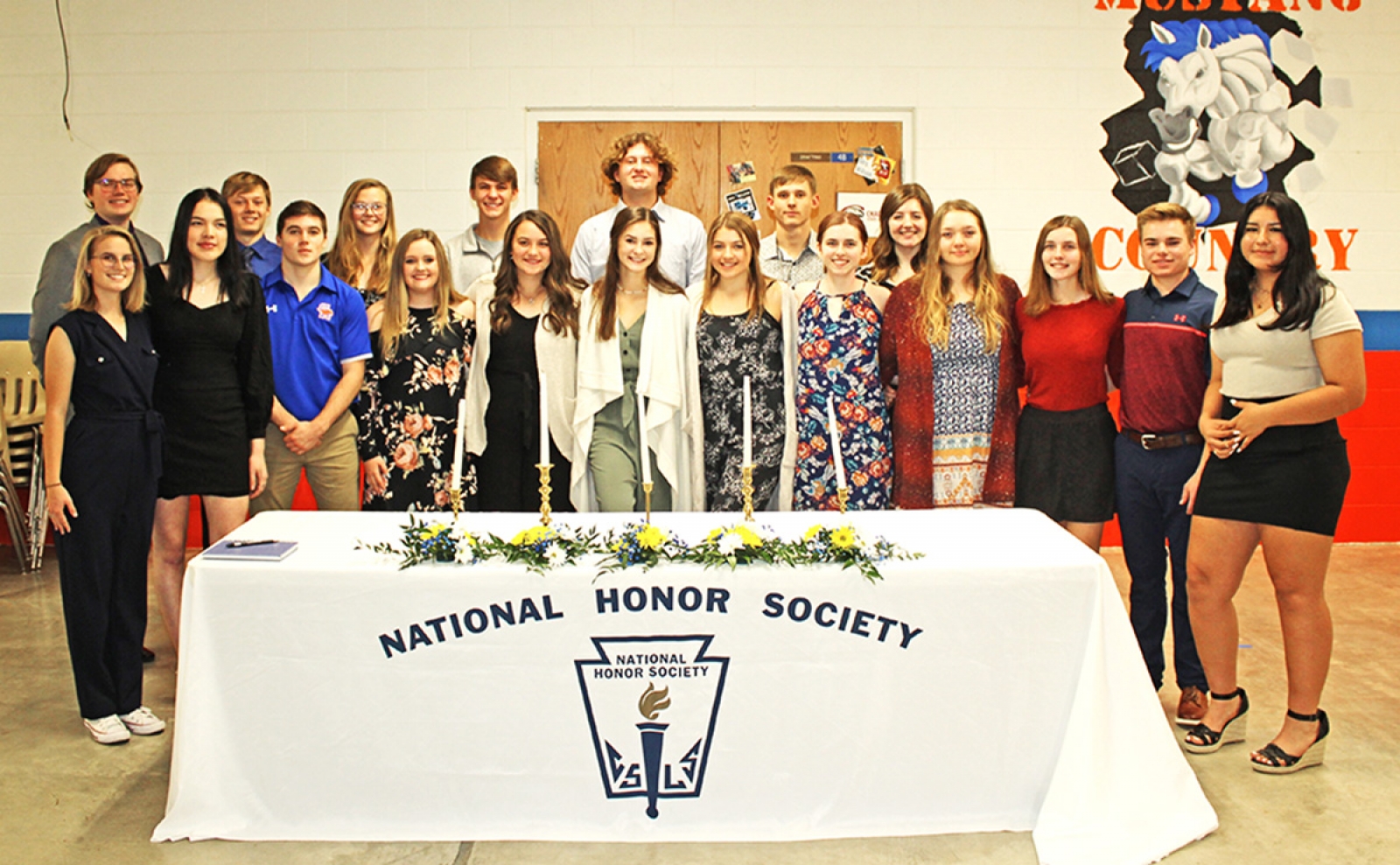 Sixteen students were inducted into the prestigious group in a ceremony held in the cafeteria.

The NHS is a nationwide organization for high school students in the United States and outlying territories, which consists of many chapters in high schools.

The selection to NHS is based on four criteria. They are scholarship (academic achievement), leadership, service, and character.

The NHS is a product of the 1919 National Association of Secondary School Principals convention, which was held in Omaha.

Mr. J.G. Masters, a principal at Omaha Central High School, made the proposal to have a national society formed, which would select members through a common criterion which is based in personal fortitude.

National Honor Society  Advisor Brooke Simmons recognizes the impact this organization can have on its members.

“National Honor Society encourages students to get involved in community service and act as student leaders within our school,” said Simmons.

“Being a member of National Honor Society is a reflection of the educational experience students receive at Gordon-Rushville High School,” she added.

More in this category: « Hometown Halverson lays it on the line at the PBR Finals Sugar Floss ready to satisfy sweet tooths in Sheridan County »