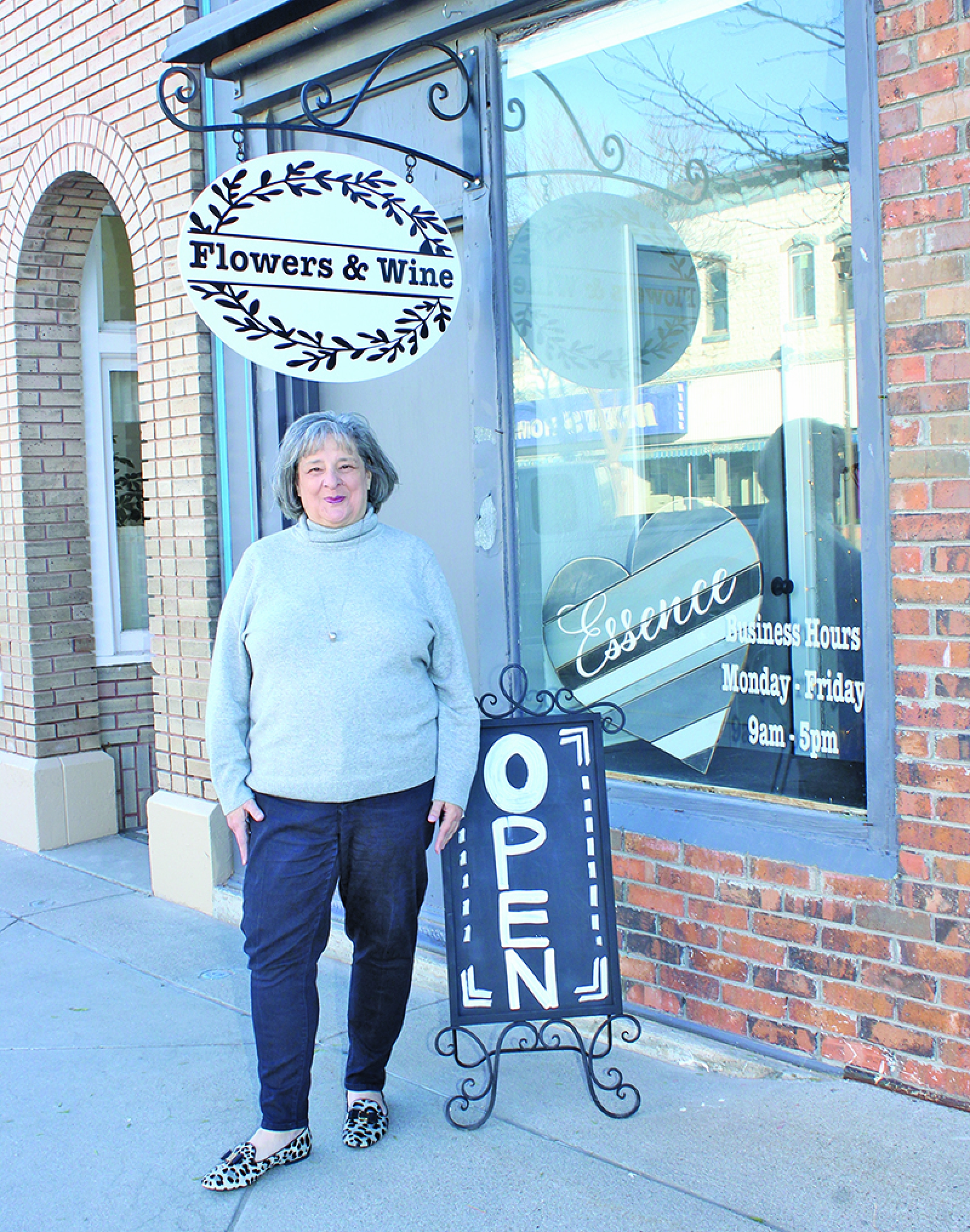 A mainstay nestled in the middle of Main Street in Gordon has made a change in ownership.

Julie Otte, who was born and raised in Sheridan County but was living in Lincoln, Neb., has purchased the floral shop from Amber Sasse.

Sasse started the business in 2013 and had owned it since then. The business plan was simple but it really took off in the small town of Gordon.

“When I started Essence nine years ago, it was exciting and I had so much support from my family and this community,” said Sasse.

“The idea was well received and it was a really fun business to own and we hosted so many fun events,” she added.

The business continued to grow over the course of the years and Sasse reached a point where she was ready to sell.

The draw of a new grandson and time with family ultimately led Sasse to making the transition.

She is not disappearing completely though, saying she will be around to help Otte in the future.

“I wish Julie all the best. She is such a talented florist and has a wonderful personality, Essence will continue to be a success!” said Sasse.

Julie Otte had laughed off the idea of coming back and purchasing Essence. But some events in her life made her realize that she needed to come back home.

When Otte was 14, she worked in a little flower shop on Maple Street and worked there through college.

She eventually jumped on board with a flower shop in Lincoln, Neb. This shop evolved into a culinary market and catering company and event planning business.

“The transition gave me great opportunity to travel and meet many new friends,” said Otte.

“From a prenuptial dinner on the roof of the St Regis Hotel in NYC to weddings in Napa Valley and the East Coast; it was hard work but a lot of fun,” she added.

One of Otte’s biggest accomplishments was working in Salt Lake City, Utah during the Olympics. Otte and her company set up and designed flowers for corporate clientele like Chevrolet, Coca-Cola, and Delta Airlines to name a few.

She spent over 20 years at that position before pivoting to the Catering Director at the Country Club of Lincoln.

Otte spent 16 years in this role, planning events such as weddings, funeral receptions, and too many lunches and dinners to count.

Otte cherished her time at the Country Club but was ready for a big change.

“It was a pleasure to get to know members personally and virtually and get to plan life’s big events for them. However, I worked 60+ hours per week consistently and needed a better work life balance,” said Otte.

“Which brings me to Essence.  I am so lucky to be here and it feels so good to be home,” she added with a smile.

Otte plans on keeping business as usual at the store. The cooler is still stocked with the flowers and gifts are available for purchase.

The only delay is on the liquor license but Otte hopes that will be resolved as early as this week. Once that is approved, the alcohol sales and Thursday Happy Hour will resume.

Hours and days of operation will also remain the same.

After a brief closure over the New Year to make the transition, Otte has reopened Essence on Monday, January 10 and is ready to rock and roll.

As mentioned previously, Otte was born and raised in Gordon. She is one of five children of Henry and Gwen Otte. Some of her fondest memories were growing up in Gordon and spending time at their ranch northwest of town.

“I look forward to being involved in the community, renewing old friendships and making new friends and acquaintances. I pride myself on providing quality service and a beautiful location for the benefit of the community,” she said.

More in this category: « Timberline Health and Fitness to provide fitness option for Rushville and beyond Divine Rhythm to bring Aroma Touch and Bemer Therapy to Gordon »