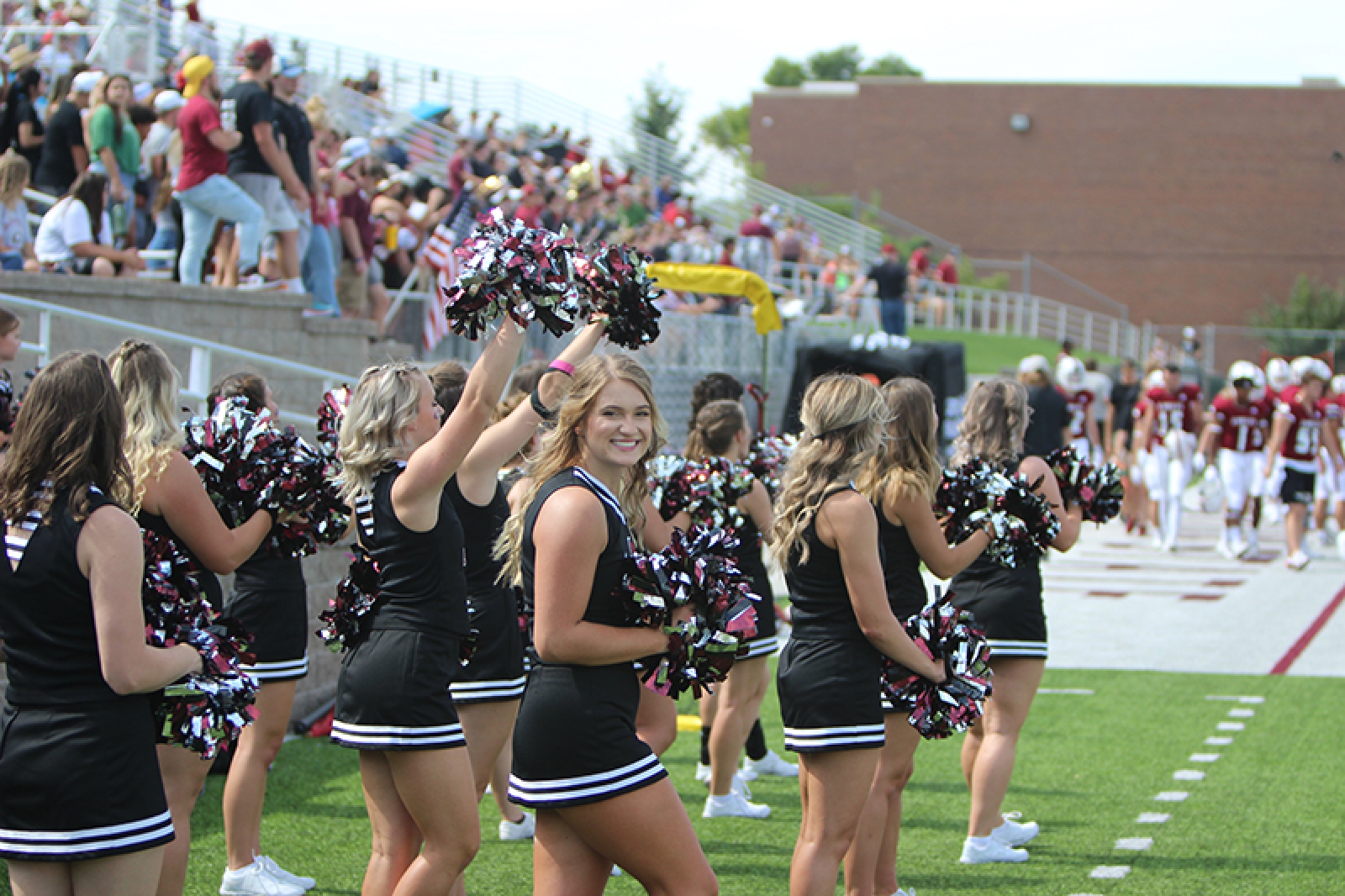 A jam-packed schedule and squeezing every drop out of each day has been the day-to-day life for Chadron State College Cheerleading captain Sierra Garrett.

The busy lifestyle is something the 2020 Gordon-Rushville High School graduate had perfected during her time at GRHS and she has continued it into her college years.

Garrett’s day begins bright and early with cheer practice at 5:30 a.m. followed by classes in the morning and afternoon. She usually then heads to work at Hibbett Sports in Chadron before finally getting home for the night. Garrett and her two roommates usually find some time to catch up on the day before she gets some much needed rest to begin the same process the following day.

“Every day is jam packed with things to do and get done, and sometimes it can be a little challenging to get it all fit into one day,” says Garrett.

“High school trained me to live a busy life and so it isn’t much of a different lifestyle than what I’m used to,” she added.

The duties of being a member of the Cheerleading team include daily practice and attending sporting events to help promote school spirit. The team cheers at all home basketball and football games and travels with the football team to cheer at their road contests.

Garrett would not trade the time spent with her team and teammates for anything.

“My favorite part about being a cheerleader at CSC is that I am a part of a group that holds such a positive and supportive environment for not only our teams but for the student body in general,” said Garrett.

“I have gotten to know so many more people from being on the cheerleading team, and because we got to travel for the football season this year, I got to go to different places and experience different things that I will always remember,” she added.

For CSC Cheerleading Coach Ann Hanson, Garrett has been a great fit for the team since day one.

“When I interviewed her, she was positive, committed, excited, and trustworthy,” said Hanson.

Those traits that Garrett displayed early on set her straight on the path to becoming a captain on the team.

“I just think she is absolutely awesome,” says Hanson.

“She does everything I ask of her and then some and she comes up with great ideas of her own. She takes instruction from me very well and the Cheer team members respect her when she gives them instruction,” added Hanson.

And if Garrett was not busy enough, she has just completed her first year of being a Nebraska  School Activities Association (NSAA) Volleyball official.

“This year was my first-year officiating high school volleyball and I hope to continue to do it. Missing the sport of volleyball really was what got me into doing it, and it really is something I enjoy,” said Garrett.

When Garrett looks back on her time at GRHS, she recognizes the impact that her teachers and coaches had on her through those years. And also, how much fun she had participating in the various activities that filled her day.

The positive impact of her past has set her up for the successes she has today, something she will never forget.

“I guess I never really realized how much love I had for a lot of the activities until I wasn’t the one playing the game or acting in the play,” said Garrett.

“I knew then that I loved them, but not how much I loved them until I look back. And the relationships I made with a lot of my teachers and coaches are still to this day unmatched,” she added.

Garrett is currently in her sophomore year at CSC and is pursuing a degree in Criminal Justice with a minor in Psychology.

The next time you swing by CSC you might catch Garrett on the sideline of a football or basketball game or maybe at a local high school volleyball game officiating but one thing is for sure; Garrett will continue to squeeze as much out of each day she can and she’ll do it with a smile on her face.