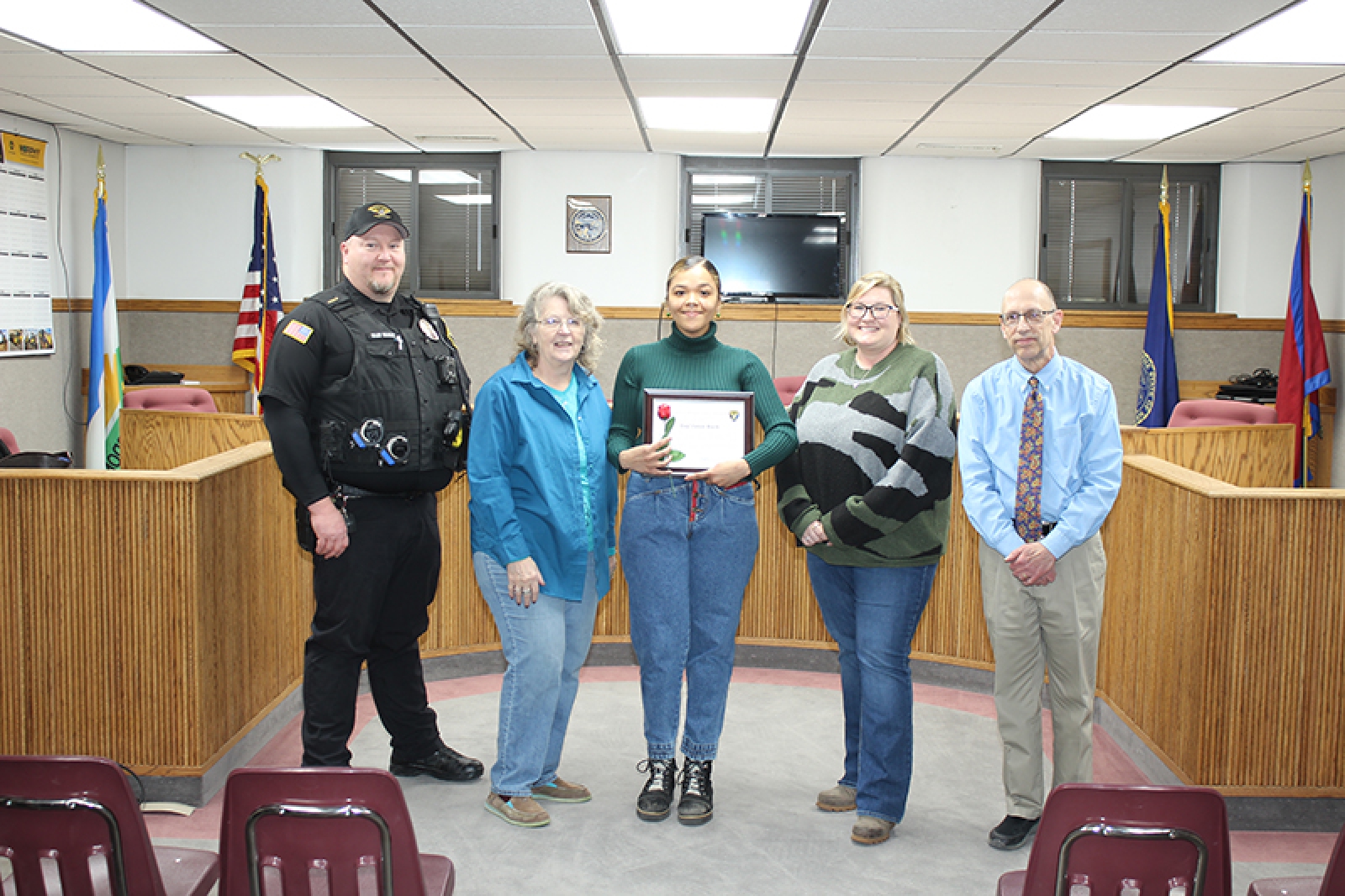 Gordon citizen Day’Janae Bach was recognized this past Wednesday, March 30 for her bravery and assistance to the Gordon Police Department in a recent case.

Gordon Police Chief Clay Heath, Gordon Mayor Nancy Russell, City Council member Alyssa Dehart, and City Manager Glen Spaugh, presented a Citizen’s Award to Day’Janae Bach for her role in assisting with the recent arrest of Brian Longest who is currently incarcerated in the Sheridan County Jail for sexual assault and possession with intent to deliver drugs, among other charges.

For her actions, Mayor Nancy Russell presented Bach with a chocolate rose and expressed her gratitude for the courage she demonstrated.

“Courage like this is essential for maintaining a civil society,” said Gordon City Manager Glen Spaugh.

“If you see or hear something, please say something, it could save others from being victims of heartless, as well as illegal, actions,” added Spaugh.

“These actions, if left unattended could impact many lives,” said Spaugh.

Police Chief Heath then presented a framed Citizen’s Award certificate, which acknowledged the importance of reporting any situations which may be criminal in nature.

Ms. Bach accepted the award with gratitude and stated that it was not something she had anticipated nor expected as a follow-up to her actions.

The City of Gordon greatly encourages everyone to report any suspicious activity, so the incident(s) may be properly investigated.

“We understand that there are those who fear being retaliated against for speaking out but unless we know, then law enforcement cannot act,” added Spaugh.