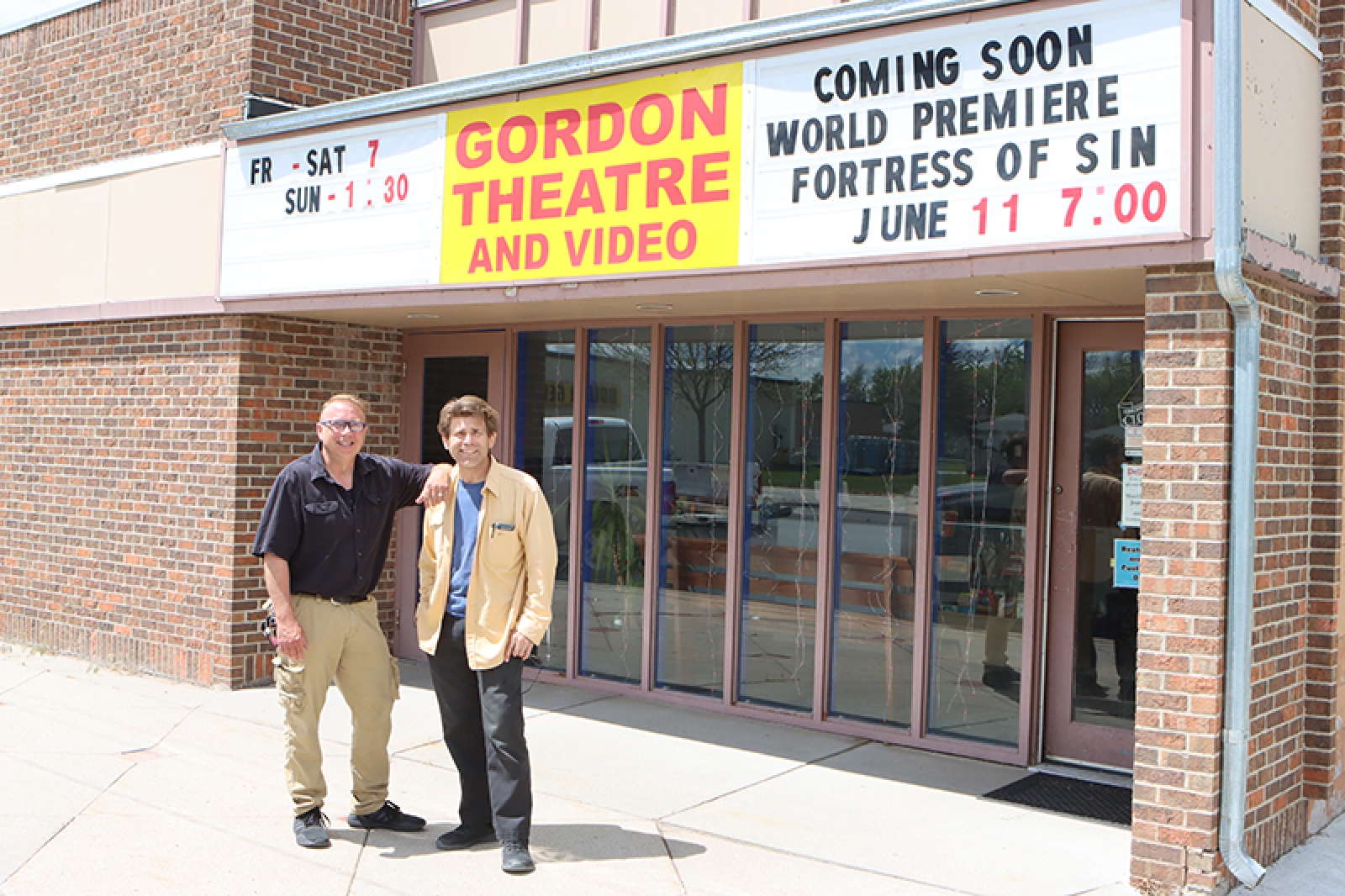 Hollywood is coming to Gordon, Nebraska and all are welcome to attend.

The Gordon Theatre will be hosting a movie premiere, complete with a red carpet, drinks, and hors d’oeuvres for the release of the thriller, ‘Fortress of Sin.”

The movie features several native born Nebraskans in the cast and crew, with many having ties to Sheridan County.

The movie is set to hit the screen at 7:00 p.m. but the doors will open for the festivities at 6:00 p.m. Several of the stars of the movie, along with Director Christian Voss, will be attending the premiere.

A familiar face in the dramatics community in Sheridan County, Ryan Lovell, will also be in attendance and stars in the film.

Lovell, who plays the villain Walt in the film, is excited for what is going to happen this Saturday.

“People are just stepping up to volunteer to make this event a success,” said Lovell.

“I really hope it ends up being a nice event for the community,” he added.

Fellow actor and Director Christian Voss reiterates Lovell’s thoughts and wants to bring that Hollywood experience to everyone who attends.

“It’s fun to go to a traditional movie theatre, get your popcorn, and sit down and watch the film,” said Voss.

“This will be different because you are a part of something special, you are part of the inside crowd. It’s not really something you can do everyday,” adds Voss.

Other names that residents of Sheridan County will recognize from the film’s cast and crew include, Jama Bourne, Jim Vallete, Ryan Baker, Zack Wellnitz, Mike Wellnitz, Evan Jones-Hazledine, and Candie Johnson. Many of these individuals have plans to be in attendance.

One of the lead actors, Paul Chomicki, will be traveling to the premiere from Los Angeles, Calif. all the way to Gordon.

The film turns its focus to a subject that is quite relevant in this area; the disappearance of many women of Native American heritage. The hope of the movie is to shine some light on the subject.

The hors d’oeuvres will be provided by Piece O’ Cake in Gordon.

The ticket to the show, along with any drinks and snacks, will be free of charge to all attendees.

There will be an additional showings of the film on the weekend of June 24, 25, and 26. These showings will not be free to the public and will follow the normal protocols for the Theatre.

The film will also be released to streaming services and DVD later this month by Wild Eye Releasing.

“I want people to experience the bright side of Hollywood and feel like they are in the bright lights and they are part of the process, even just for that one day” said Voss.

“You can feel what it would be like to walk down the red carpet, and be the center of attention, where everyone loves you and everybody wants to be you, the total Hollywood experience.”

More in this category: « Nielsen Ranch donates beef for Steers for Students program Peterson and Wallace earn the nod for the NSWCA Hall of Fame »