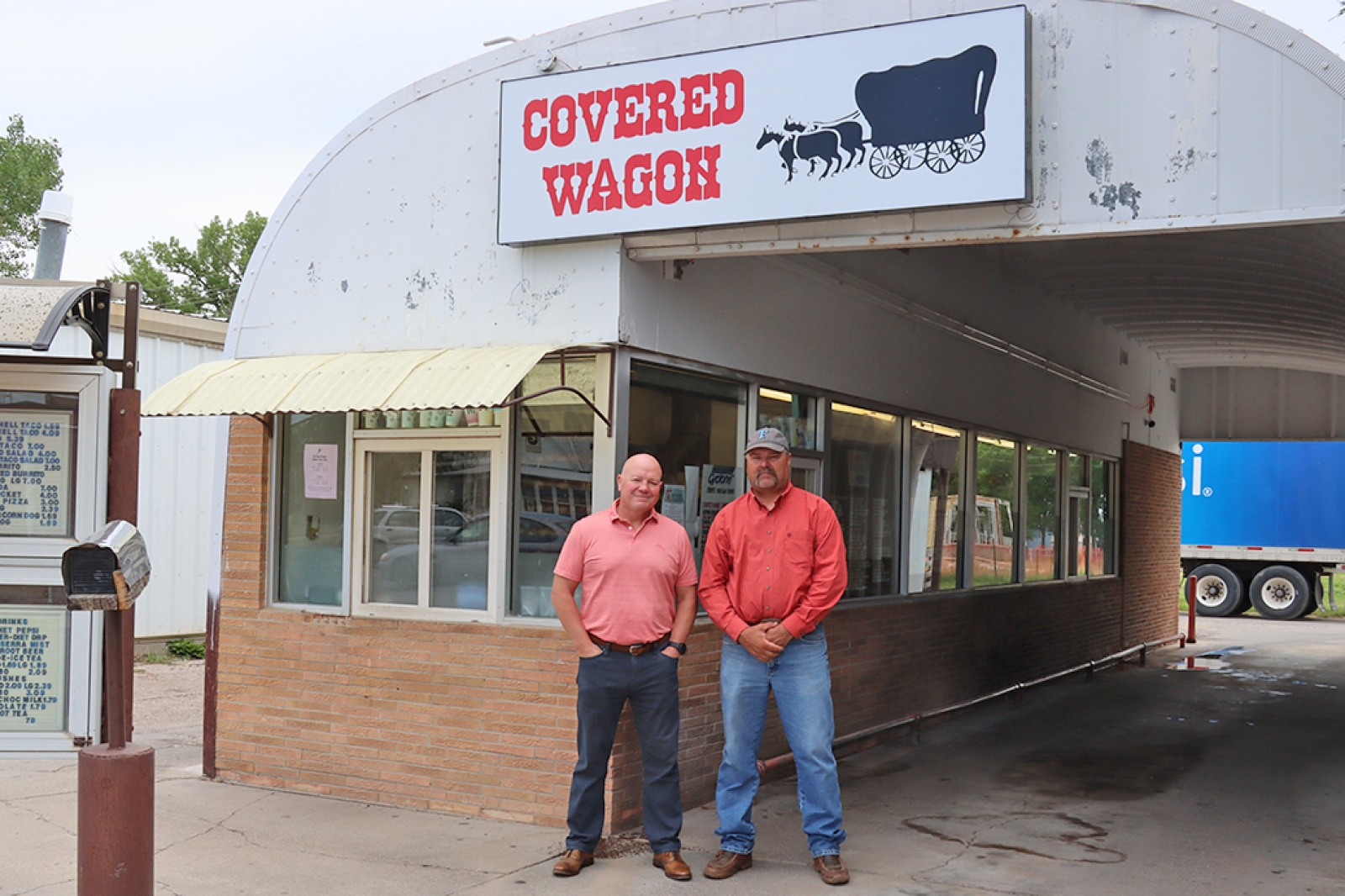 An iconic business that has anchored Main Street in Gordon for over 50 years is now under new ownership.

Two couples, who have many ties to the Gordon area, have partnered up to take over the Covered Wagon, one of Sheridan County’s staples.

Darren and Wendy Carson along with Jay and Nicole Jensen purchased the business earlier this summer and have been working hard since the transaction.

A new coat of paint on the building and the addition of the working marquee sign are two obvious immediate changes the public can see easily.

There have been plenty of behind the scenes action as well, with a new point of sale system being installed and the upcoming addition of new menu items.

“We certainly do not want to change what has been working for over 50 years,” said Jay Jensen.

“But we have made some upgrades to hopefully help move customers through the drive through as quickly as possible,” he added.

In the past, a credit card sale took a bit of time to process but with the new system, the transaction happens in mere seconds.

Customers should also be on the lookout for online ordering also which the new owners are hoping to add possibly in the near future.

According to Jensen, the hope will be for customers to place their order and then receive a text message when the order is ready for pick-up.

Both the Jensen and Carson families have owned multiple businesses over the years but this does mark their first foray into  the restaurant field.

The Carson’s currently operate Five C Fencing in Torrington, Wyo. and have done so for the past 7 years.

Their youngest daughter is currently a senior at Torrington High School, so the family has been splitting time between the two locations.

“We’ve been trying to figure out ordering, price points, and having plenty of labor has been a bit of challenge. But once we get things under our thumb, we will look to make some small changes to help bring in a few more customers,” he added.

Jay Jensen is a Certified Public Accountant by trade and has owned his own tax business since 1992.

The Jensen family lives in Bloomington, Ill. but have made many trips to Gordon over the years to visit Aunt Donna and Uncle Ronnie Jensen, the previous owners.

Ronald and Donna Jensen opened the Covered Wagon in 1971, marking it’s spot on Main Street for 51 years and counting.

And the infamous Covered Wagon is a tradition the new owners want to continue.

They are currently looking to hire staff, with emphasis on a manager who understands the business side of things and is able to jump right in with day-to-day operations.

So keep an eye out for a few updates and new additions to the menu and facility.

But one thing is for sure, the chicken stripper sandwich is going nowhere.

More in this category: « Rushville Public Library is seeking donations for much needed roof and foundation repairs ‘The Tent’ receives an upgrade for this year’s fireworks season »