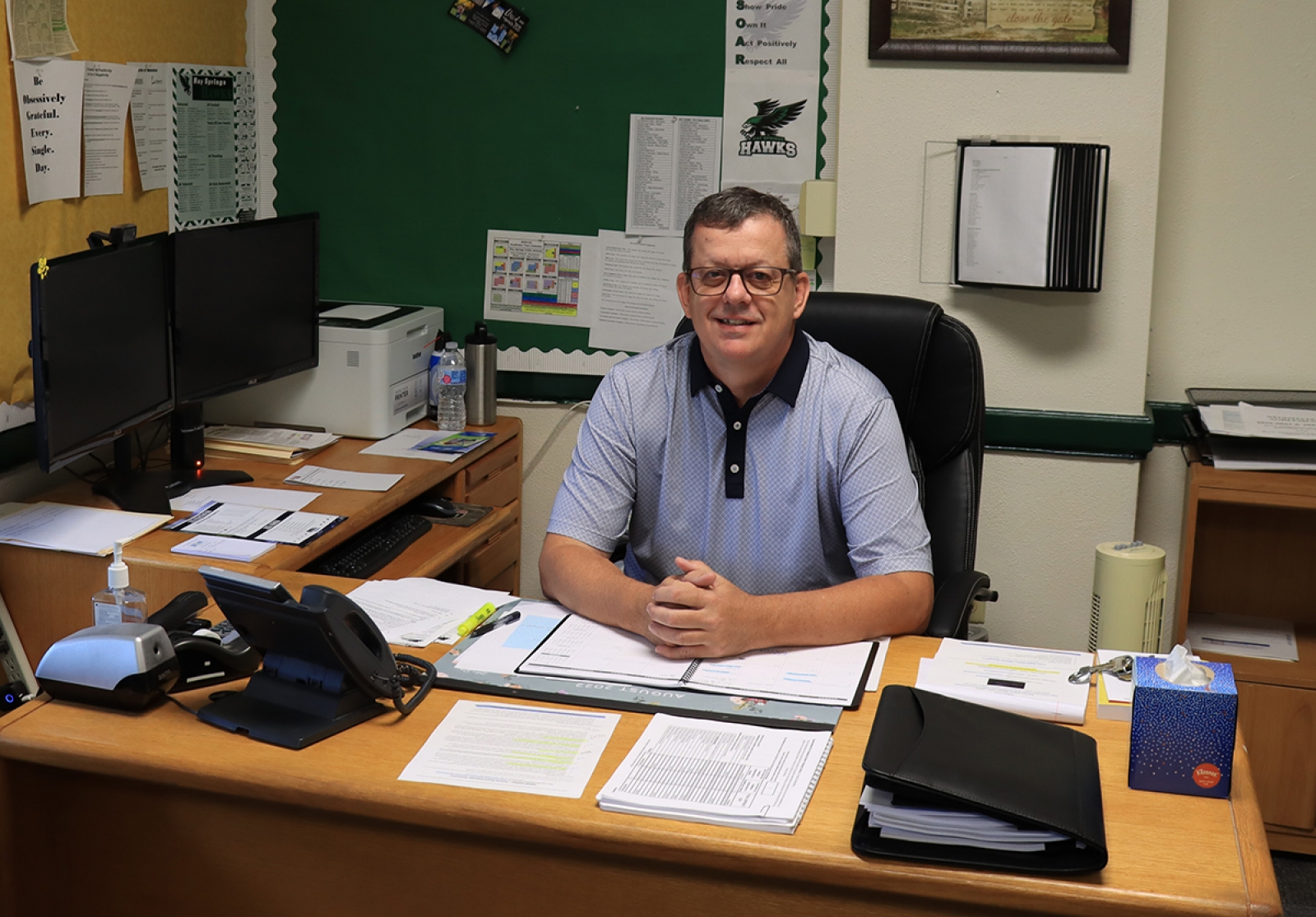 A new face will be fulfilling the role of Superintendent for Hay Springs Public Schools this upcoming school year.

George Clear, who had spent the previous 8 years serving as the Principal of Alliance High School in Alliance, Neb., has begun his tenure as Superintendent of HSPS.

Clear was born in Albuquerque, New Mexico. He received his degree from Adams State College in Alamosa, Colo. and began his career in education from there.

Clear has held many administrative positions at different levels over the course of the last 18 years but has finally made that leap to his final destination of Superintendent.

“I’m trying to enter as a learner and keep my eyes and ears open,” said Clear.

“Hay Springs felt like a good fit. I had a really good rapport with the School Board, staff, and the community. I also spoke to some colleagues across the area and they had really good reviews,” he added.

“I have been keeping my eyes and ears open about positions in Western Nebraska. I like this area and have gotten to know it well.”

As the school year quickly approaches, Clear is excited to meet the students and get the building filled once again.

He states that he chose Hay Springs because of the strong base that was already present. Clear wants to do nothing but help enhance the quality product that is already in his building.

“The test scores are very solid and we want to pursue excellence in everything we do,” said Clear.

“I want to bring consistency and transparency along with being good stewards of the resources that our community has given us. I feel like there are a lot of solid things that are already in place, so let’s not mess that up and keep it going,” he added.

When the final bell rings on Thursdays and the weekend begins, you can find Clear heading out to the lake or hitting the links.

Golfing and fishing are two of his go-to’s when he has some downtime. Clear really enjoys backpacking into the high country to those hard to reach pristine streams to do his best to catch a fish or two.

Clear is also a Husker fan, along with cheering on the Atlanta Braves and the Denver Broncos.

Spending time with his three children is also a must for Clear. He has one daughter who teaches in Alliance, another daughter who works at Western Nebraska Community College in Scottsbluff, and his son is a Second Lieutenant in the United States Army and is stationed at Fort Lewis in Olympia, Wash.

According to Clear, students, parents, and citizens are always welcome to contact him with any questions or concerns. A phone call or email is always welcome.

More in this category: « Roger and Carol Vincent selected as Grand Marshals for SC Fair & Rodeo From Chicago to Gordon; Dr. Justin Young is ready to get back to his roots »