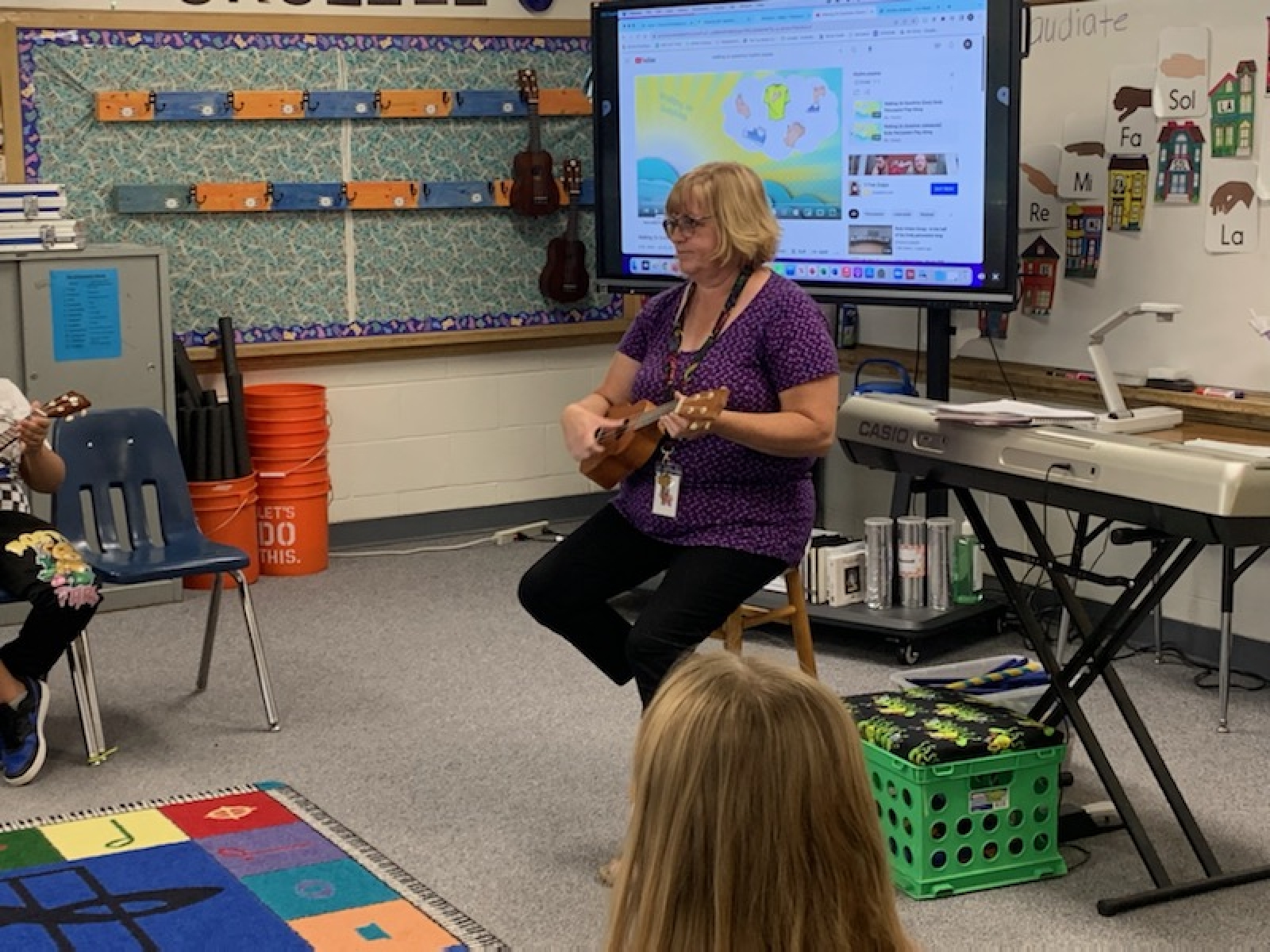 If you happen to walking the halls at Gordon Elementary during this school year, a new sound will be resonating from the Music room.

Mrs. Richa Perkins, who is originally from this area but has just returned after teaching for six years in Arizona, has brought a fun and exciting twist into her classroom this year; the ukulele.

Some of you may have asked yourself the same question that I did when I heard about this addition to the classroom and that is, what is a ukulele?

A ukulele, which can also be called a Uke, is a member of the lute family of instruments. It is Portuguese in origin and was popularized in Hawaii.

Most ukuleles have four strings on them and the tone and volume can vary depending on the size and construction.

Perkins began utilizing this instrument in her classroom a few years ago during Covid.

Students were not allowed to sing or blow into instruments due to the precautions, so she got creative and introduced an option that would fit into those parameters.

Not only do you not have to exhale to create sound, the Uke can be played by young and older children alike.

“It’s easy to play and small enough for even the kinders to get a hold it,” said Perkins.

“On a ukulele, everyone can figure out how to strum,” she added with a smile.

The benefits of playing an instrument and music are well documented. And Perkins wants her students to leave the classroom stimulated and ready to learn in all subjects.

“It really puts your brain on fire because we are strumming, we are reading the notation on the screen, and decoding all this stuff at once. If they can do that, they can do reading, math, etc.,” added Perkins.

The reception from the students has been overwhelming, as they have really enjoyed learning a new instrument.

And for Gordon Elementary Principal Robin Johnson, she sees the impact already.

“It brings something new to our students lives,” said Johnson.

“Not a lot of kids have access to play a ukulele and when I go into the classroom, the students are excited to see the instrument,” she added.

The benefits of playing an instrument are also not lost on Johnson, as she knows how much of a positive impact this can have on the student’s day-to-day school life.

“The sound of the instrument is really calming and it’s relaxing the students,” said Johnson.

“But they are still using the different parts of the brain while playing. Reading the music and numbers are being incorporated into the music as well,” she added.

More in this category: « From Chicago to Gordon; Dr. Justin Young is ready to get back to his roots