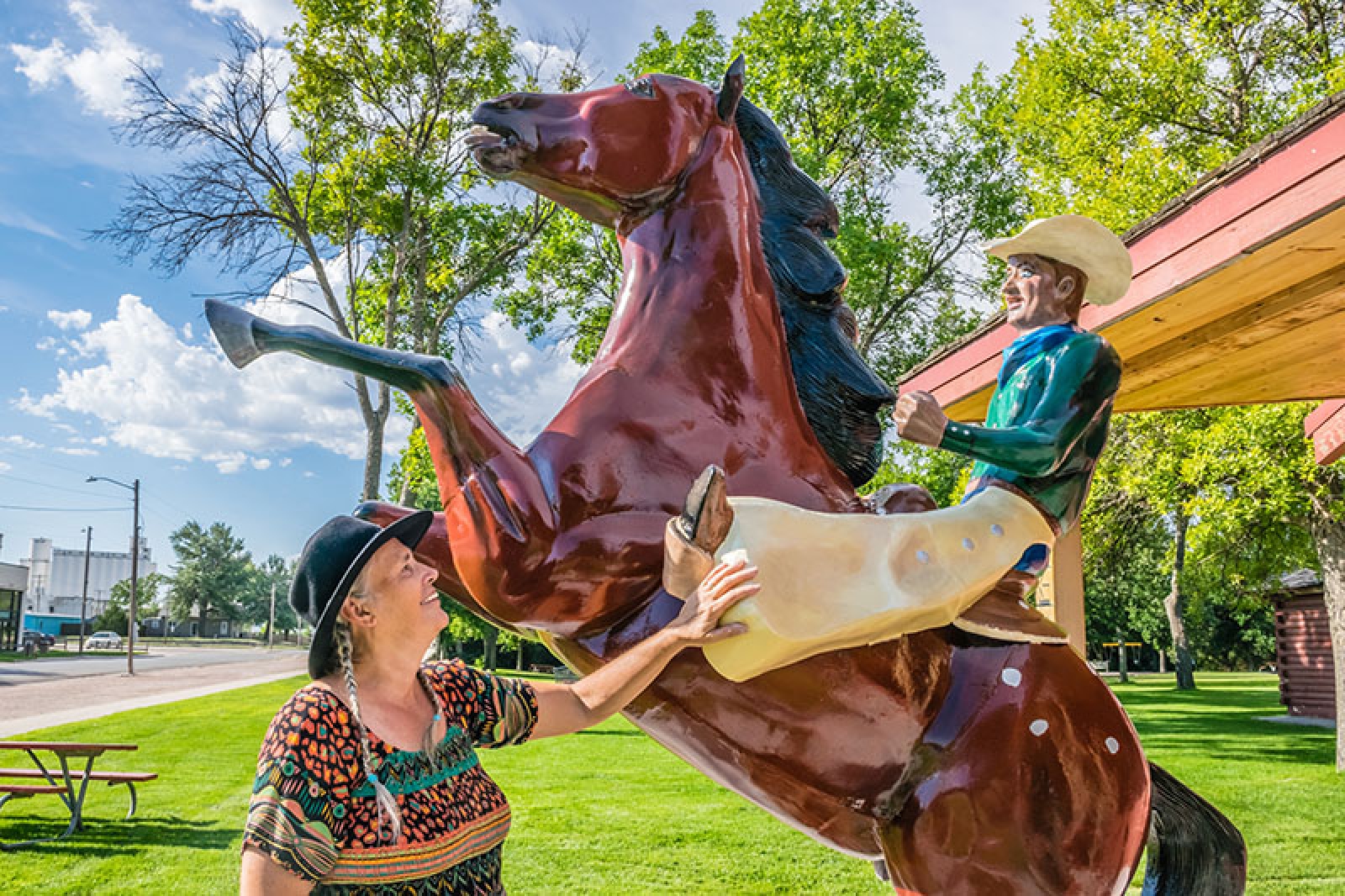 A much needed coat of paint has been applied to a very prominent statue here in Gordon.

Gordon resident Anne Liebermann volunteered her time, and artistic talent, to give new life to the statue that stands in front of the Tri-State Old Time Cowboy Museum.

“We moved to Gordon three years ago and it has been something I wanted to get done,” said Liebermann.

“I finally just said I am going to just call him (Dave “Doc” Browder) and ask to donate my time,” she added.

Liebermann, along with her daughter, Tariqa, and husband, Tim, got to work right away chipping off the old paint.

Tim spent two days sanding down the statue with a hand grinder.

A new coat of primer was then applied, which was donated by True Value in Gordon, before the paint was carefully done.

After some hours and attention to detail, the finished product was completed and dazzled for all to see.

“I just got a call one day from Anne and she wanted to know if I would like the statue repainted,” said Doc Browder.

“I thought she was kind of joking but I met her down there and they were already starting to work,” he added.

The project was a huge success, with multiple citizens commenting on the outstanding work of Liebermann. But that was not the driving factor behind the project.

“I did not do it for the publicity but it was just something I felt like I can give back to Gordon,” said Anne Liebermann.