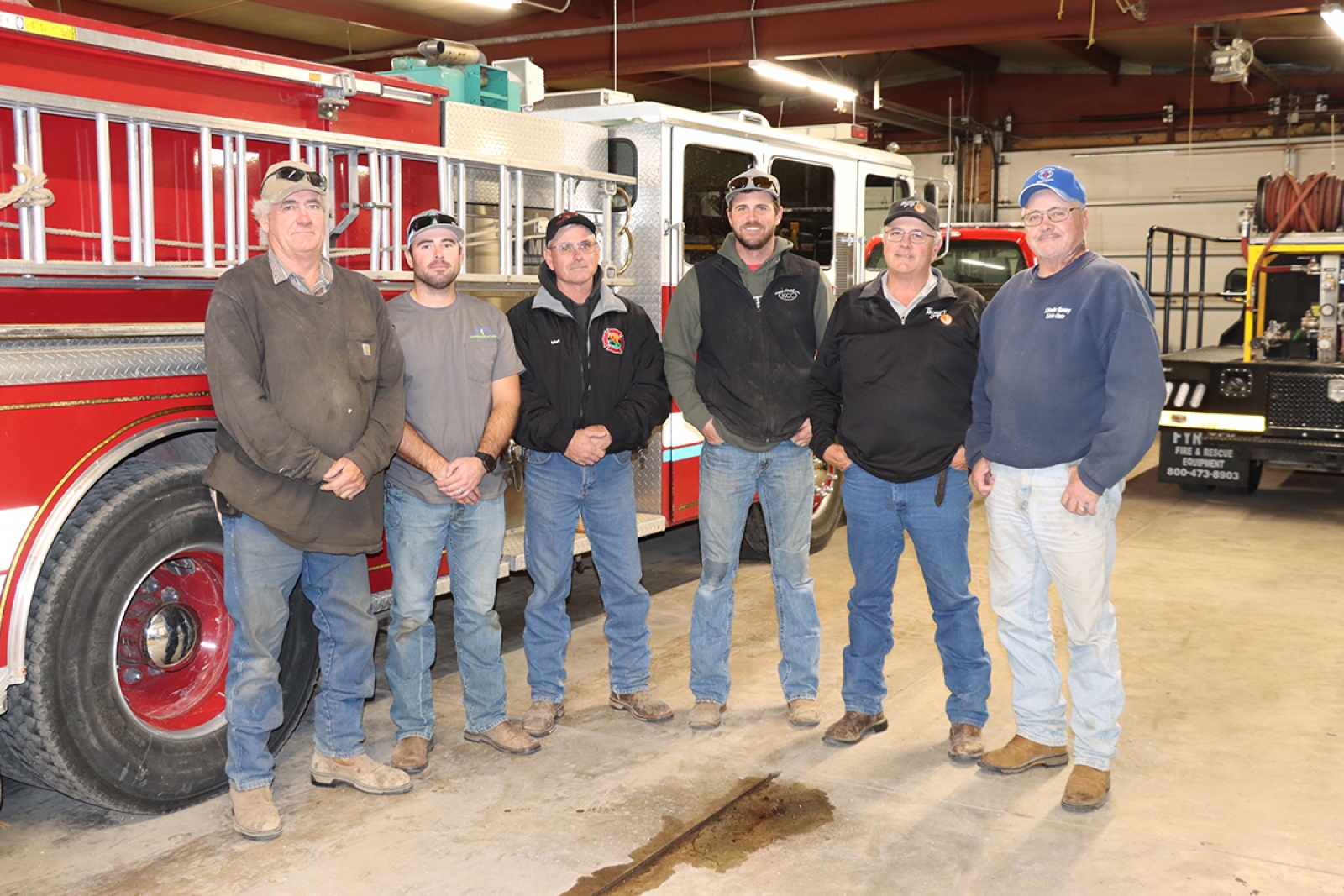 In what we can only imagine was a bit of a rowdy household, Larry and Carolyn Haller raised five boys southeast of Clinton.

The brothers attended Rushville High School and put down their roots in Sheridan County.

But a calling for service was also in their blood with all four answering the bell and becoming volunteer firemen.

For John, Mark, Richard, and Leonard Haller, the call to become a volunteer firefighter was one they were proud to take. That desire to help their neighbors and community has now been passed down to two more with the Haller last name, Kenny and Lane.

Six Hallers in total are now serving and their reasonings for joining are all very similar; service.

“Being a volunteer is one of the best feelings you can have,” said Richard Haller.

“I joined hoping I could help someone in need and maybe when my family needed help, someone would be there to help them as well,” he added.

“The opportunity to help my community and to spend time with my friends and family are reasons I chose to become a firefighter,”said John Haller.

Friendship and camaraderie also come right to the top of the list for the four brothers as benefits of joining the departments.

“By far my favorite part of being a firefighter is all the family you gain,” said Leonard Haller.

“Not just the members on the department but getting to know their families as well,” he added.

“Our local fire departments are built from local citizens who have been friends for many years,” said Mark Haller.

“So many times friends grow apart over the years. I am lucky to still get to work with mine,” he added.

As mentioned previously, the call for service has passed on to the next generation of Hallers.

Richard’s son, Kenny Haller, was just named the 2022 Gordon Volunteer Firefighter of the Year over the past weekend.

Leonard’s son, Lane Haller, is also making an impact on the department. So the tradition continues.

“When my son (Kenny Haller) and nephew (Lane Haller) joined that was one of the best feelings you could have,” said Richard Haller.

“Brothers, nephews, and sons in the fire service who work together constantly is pretty cool,” said Leonard Haller.

Between the four brothers, there has been a combined 96 years of experience on the Fire Department in both Gordon and Rushville.

“It gives me great pride to know that when a community member thinks of the Haller boys they relate us to the Fire Department/EMS,” said Mark Haller.

Throughout their years of service on the department, the Hallers have made countless impacts on citizens lives throughout Sheridan County and beyond. You might wonder, do they want a parade? Maybe an award? Not this group.

“We’re brothers, it’s what we do,” said John Haller.