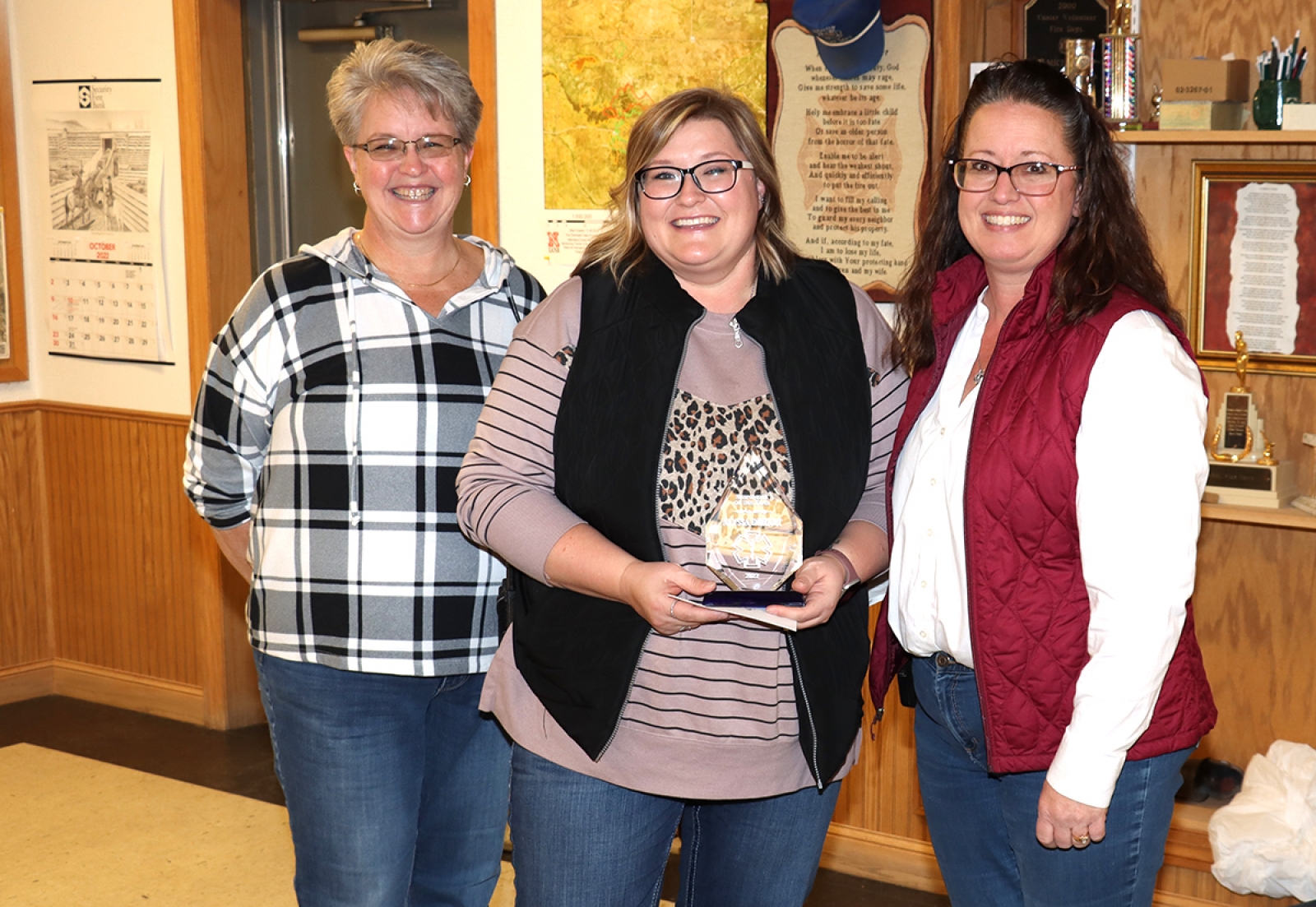 In a ceremony held on Saturday, November 5, the Gordon Volunteer Rescue Squad (GVRS) gave out its highest honor, Responder of the Year.

Alyssa DeHart, who has responded to 215 of the 294 total calls since January 1 of this year, was given the award.

“Alyssa has a strong sense of community and determination to do her best at whatever she sets her mind to,” said GVRS Chief Candy Allison.

“Her skills and instinct have expanded exponentially since becoming licensed. She is in a constant state of wanting to learn more and perfect the skills that she already has,” added Allison.

The award was a complete surprise to DeHart who had no idea going in how her peers had voted earlier in the year.

“It was so unexpected, I honestly had no idea,” said DeHart.

“When I joined the GRVS, the way that we all support each other, I feel like I gained a second family. To have my peers think of me as Responder of the Year is so humbling,” she added.

According to Allison, the criteria to be a EMT on any department whether it be paid or volunteer, is lengthy.

180+ hours of class time, along with having clinical/field experience, and passing multiple skills and computer tests are a few of the items that need to be checked off.

Each individual also needs a sense of community, empathy, compassion, and the capability to switch gears at any given time.

Calls come in throughout the day, even at 2 in the morning, so each volunteer needs to be mentally prepared at all times.

While everything listed above is not easy, DeHart completed it with a smile on her face.

“Joining the GVRS has been one of the best things I have ever done. It has been so rewarding and stressful all at the same time. I have lived in Gordon my entire life and I truly feel that this is one of the best ways that I can serve our community and give back,” said DeHart.

The impact on the community of Gordon is something that does not go unnoticed by Chief Allison.

“I could not be more proud in the EMT Alyssa has become. Our community is very fortunate to have someone like Alyssa wanting to take care of them in their time of need,” said Allison.