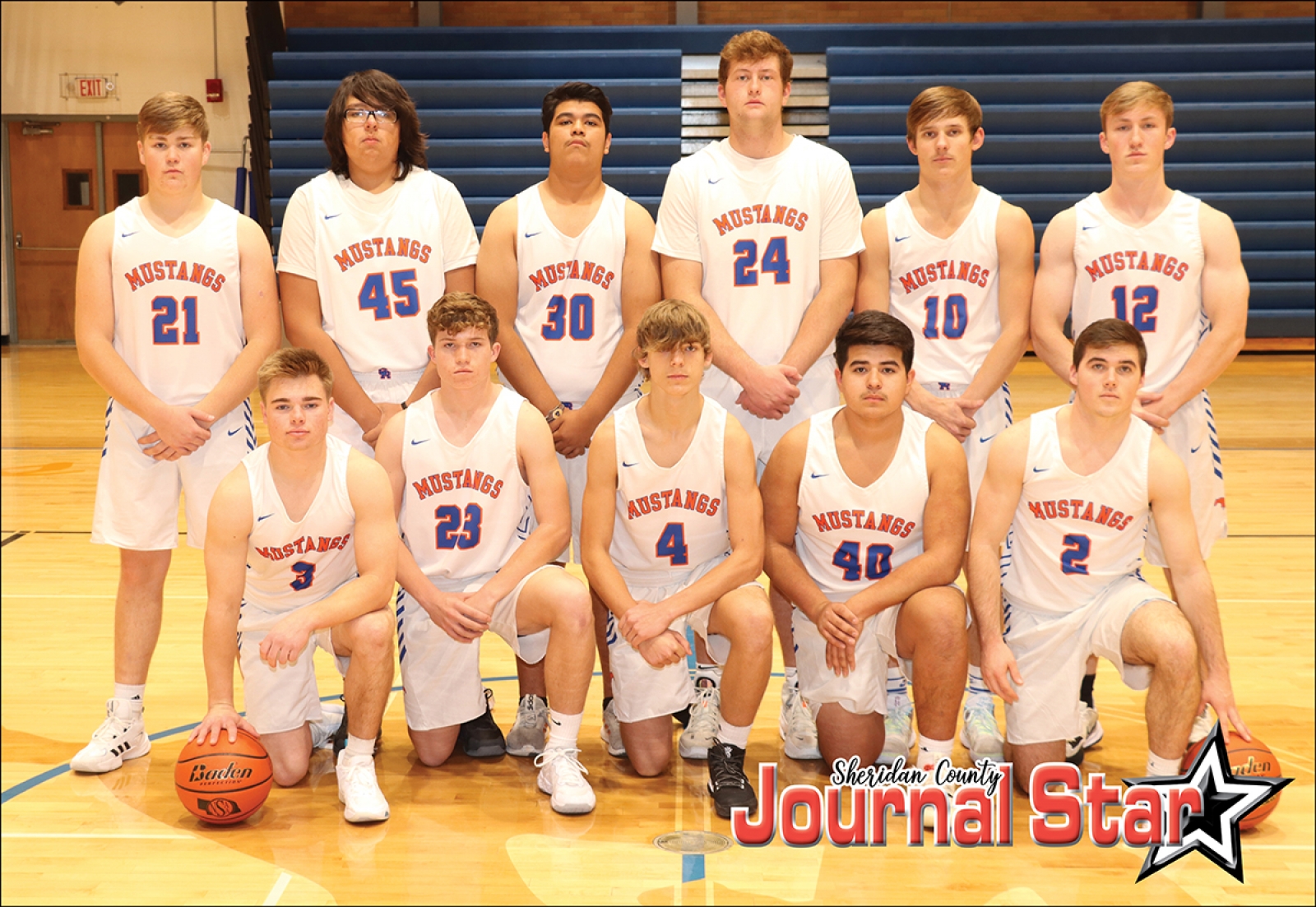 A group of seniors six men strong are set to embark on their final basketball season with one goal in mind: the State Tournament.

The Mustangs 2021-22 season ended in Broken Bow, Neb. at the hands of Fort Calhoun in a District Final.

The sting from that loss and coming up a few points short is one of the driving forces for this group who have played together since they were in the fifth grade.

This young men inherited this program as freshman and began the rebuild.

The group has compiled a 46-26 overall record as Mustangs, including the 21-4 season last year.

The 21 win season included both the 2020-21 Western Trails Conference Regular Season and Tournament Championships, along with hosting a Sub-District.

“This group has put in a lot of time and effort to be where they are today,” said Head Coach Joel Nelson.

“I am just really proud of them and where are at today,” he added.

In that group of returners, Jace Nelson is leading the scoring charge.

Nelson averaged 13.7 point per game as a junior and has scored 934 points in his career.

This puts him well within striking distance of the 1,000 point club but also the career scoring record.

That record is held by his brother, Jared Nelson, and stands at 1,169 points. Jace Nelson will need 235 points to overtake that spot.

Jace Nelson already holds the records for rebounds in a game, season, and a career heading into his senior season.

Carter Anderson is also set to complete his outstanding career as a Mustang this season.

Anderson averaged 10.2 points per game as a junior and has scored 752 career points.

He has also tallied 219 assists in his career and led the team as a junior with 76 last season.

Ellis Livingston is also poised for a big senior year. He averaged 10.1 points per game and had a team high 44 three-pointers made.

Keenan Schwarting will once again be patrolling the paint in 22-23.

Logan Slama is set to move into the role of full-time starter as a senior.

Slama averaged 2.8 points per game last season and had 46 assists as well.

Michael Perez will look to increase his role this season. In limited action Perez scored 5 points and grabbed 12 rebounds his junior season.

Both the team and Coach Nelson know the brand of basketball they want to put out to the public and they know it’s going to be exciting to watch.

“These boys play extremely hard, they play together, and they never give up. They will be really fun to watch this year,” said Coach Nelson.

“Since we have been playing together for a long time, we have built a chemistry that some other teams do not have,”said Jace Nelson.

The season will open for the Mustangs on Friday, December 2 as they welcome in the Hemingford Bobcats.

They will travel to Ainsworth the next day to face off with the Bulldogs before welcoming in Crawford on Tuesday, December 6.

Senior Keenan Schwarting, along with the rest of the team, want Mustang Nation to give them plenty of support. But Schwarting does have a quick tip for anyone attending the games this season.

“We love the support of the fans. Bring your popcorn, because it’s going to be a show.”

More in this category: « Locked and loaded, GRHS Girls Basketball ready to build upon success G-R Wrestling begins 22-23 with a room full of experience »