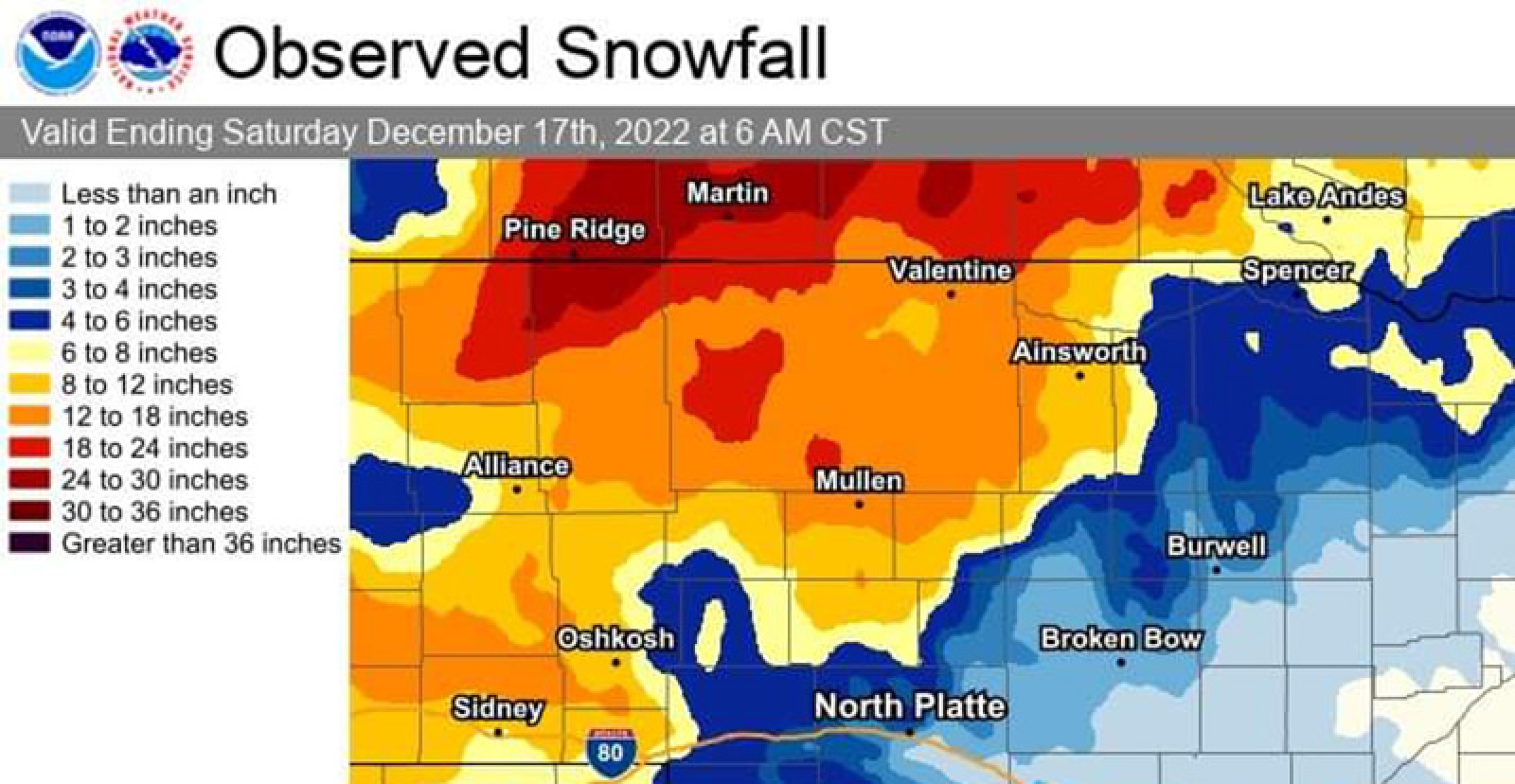 Snow was first reported at the Gordon Airport beginning at 11:15 p.m. on December 12 and lasted through 12:00 p.m. on Friday, December 16. A lot of snow fell in the area and brought with it plenty of wind.

These conditions produced blizzard conditions and left drifts behind that may still be here come spring time.

Residents of the area buckled down, tended to livestock, and took care of their daily tasks throughout the storm. Many were stuck at home, not able to navigate their vehicles through the snow drifts left behind.

While many of us were dealing with the aftermath of the storm, you may have asked yourself how does something like this happen?

Meteorologist, and Gordon native, Rusty Dawkins provides a glimpse into the scientific aspects of an event like this.

According to Dawkins, a large area of low pressure made its way out of the Rocky Mountains on Monday, December 11 and slowly made its way across the central plains.

That system was moving so slowly that it actually stalled out and sat there while the wind and snow spun around it.

Combine that with warm, moist air which was brought from the south into eastern Nebraska creating thunderstorms, you have the correct ingredients for a winter storm.

“As the warm, moist air wrapped around the low (system) in a counter clockwise direction, it ran into very cold air in South Dakota and changed it over to snow as it moved into the Panhandle,” said Dawkins.

“This lasted for a few days and generated 12-24 inches of snow for many areas,” he added.

When you look to the past to see how this ranks in the history of storms in the Panhandle, the closest location that official records are kept is Chadron, Neb.

Chadron reported the most snow officially in the area, with several measurements reaching 24 inches.

The 24 inches fell in one day, which set a record for daily snowfall.

So far this season, Chadron has an official amount of 37 inches. This is only 1 inch behind the total snowfall in the entire 2021-22 season.