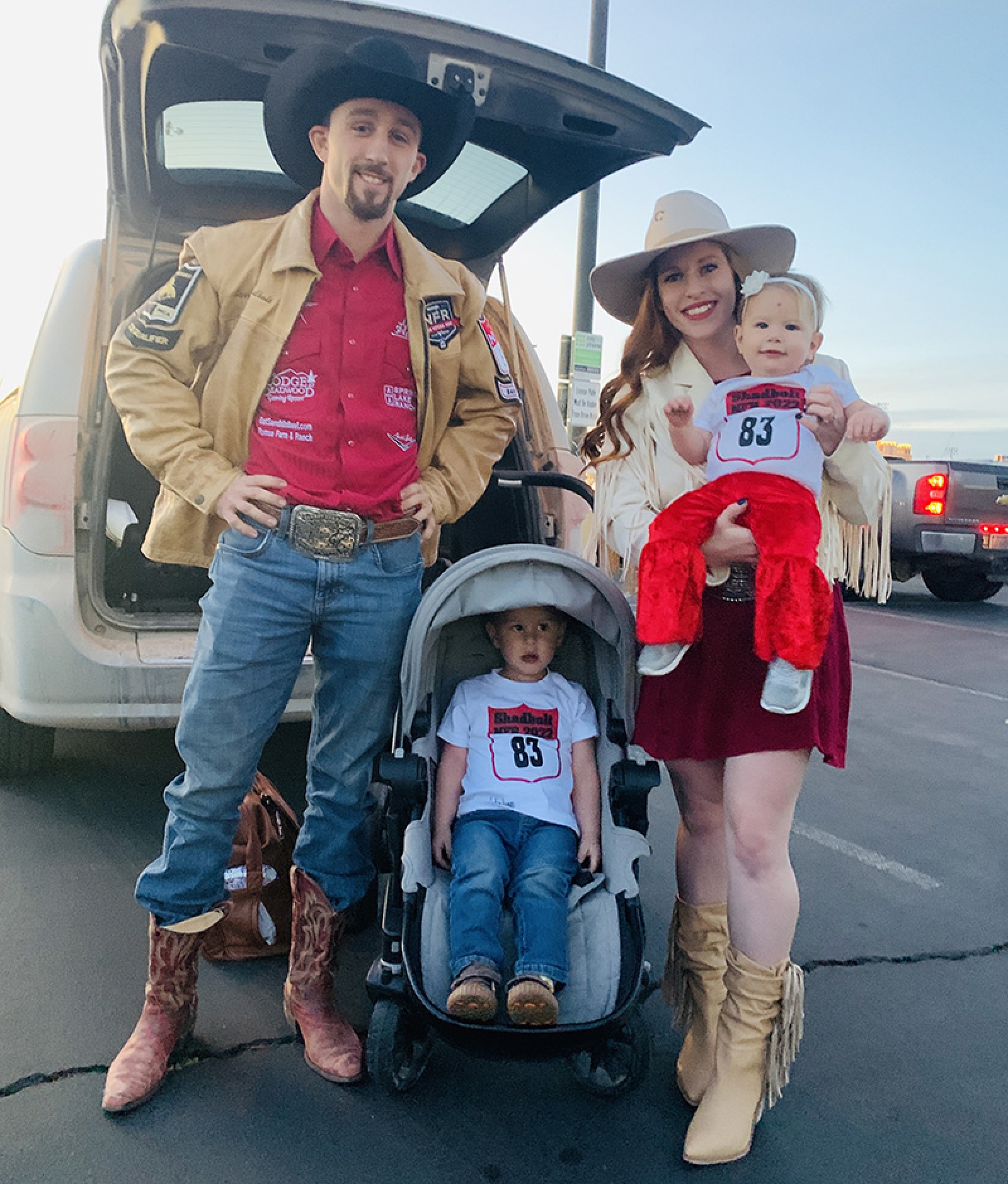 Nebraska’s only representative at the Wrangler National Finals Rodeo in Las Vegas the first 10 days of December didn’t have as much good fortune as he did a year ago when he was a rookie, but Garrett Shadbolt of Merriman said he still has much to be thankful for.

“I rode all 10 of the horses and I didn’t get hurt,” Shadbolt noted while contacted by telephone Sunday evening as he and his family were driving back from the finals.

“I’m a little disappointed because I didn’t do as well as I did last year,” he continued. “I guarantee you that I tried to ride my best. The competition was outstanding and the horses were tough. I drew some bucky horses. I’m still learning and trying to get better.”

Shadbolt, 26, wasn’t coming home empty-handed. He placed high in two go-rounds—tying for second in the fourth go-round and placing third in the ninth go, both with scores of 87.  The two payoffs added up to $37,308.

His 2022 total going to Las Vegas was about $8,000 more than he had earned the previous year when he qualified in 10th place. As an NFR rookie last year, he more than doubled his earnings by placing in five of the 10 go-rounds and moving up to fifth in the final 2021 standings.

Like Shadbolt, the 2022 saddle bronc champion, Zeke Thurston, is a product of a long-time, well-known Sandhills ranch family, even though Zeke is from Big Valley, Alberta.

Zeke’s grandfather, Bill Thurston, 84, resides in Hyannis, and still owns the family ranch that is near Ashby.  Zeke’s father, Skeeter, a graduate of Hyannis High, was a six-time NFR saddle bronc qualifier during a 10-year stretch beginning in 1986.  Skeeter’s wife, Lynda, was from Canada, where their family was raised and resides.

Zeke had a great national finals this year.  He placed in nine of the 10 go-rounds while earning $256,078 that made him the “Top Gun” recipient. It provides the winner with a RAM truck. The award goes the contestant who wins the most money at the finals.  His $399,316 total for 2022 also is the PRCA single-season saddle bronc record.  He previously was the PRCA saddle bronc champion in 2016 and 2019.

In addition, Zeke won the Canadian saddle bronc championship this year for the first time.