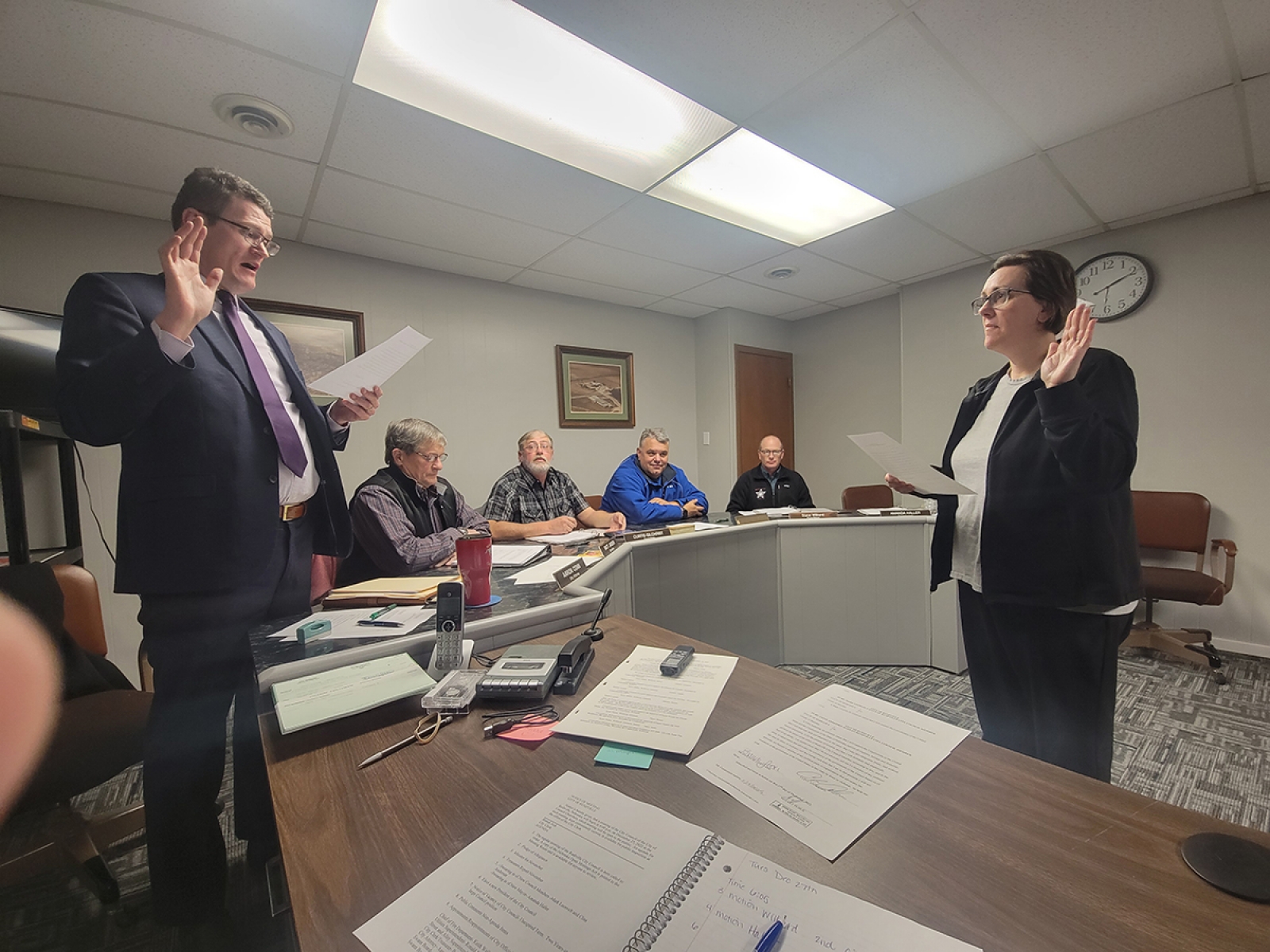 The Rushville City Council met for the regular monthly meeting on Tuesday, December 27 at 6:00 p.m.

The Pledge of Allegiance was recited by all in attendance and then the Minutes and Treasurer’s Report were approved as presented.

In the recent election, two new members for the Council were selected and a new Mayor.

Mayor Heiser, along with Council members Steve Willnerd and Matt Janssen, have completed their terms and did not seek reelection.

Heiser had been the Mayor of Rushville for 12 years and a member of the Council for 14 years in total.

New Council members who were sworn in were Mark Loosvelt and Clint Andersen.

Current Council member Amanda Haller pivoted her role and was sworn in as the new Mayor.

All the formalities in regards to these changes took place under the direction of City Attorney Aaron Conn, then the meeting continued.

Rushville Chamber of Commerce President Jessica Norton spoke and thanked Chris Heiser for his dedication and support of Rushville over the years.

An individual, who did not identify, asked the Council about options to remove an abandoned vehicle on a property she had recently purchased.

The Council gave a few options on who might be able to take care of that vehicle so the property is not violating City Ordinances.

There were no more individuals wishing to speak in Public Comment.

The Council then needed to elect a Council President.

Curt Gilchrist was nominated for the position and it was approved.

The Council then approved a Notice of Vacancy for the open spot on the Council. It will be published for one week.

Mayor Haller will then need to present possible candidates at the next meeting and then Council will then approve a new member.

Some changes to the committees and boards then had to be finalized and all spots were filled.

An update for the Library project was the next item on the agenda.

Mayor Haller stated that Chris Heiser had reached out to them today and not heard back.

The Council tabled the item for the next month as they wait to hear the final details before they move forward with securing the funding for this project.

An update on the property clean up on Larimer Street was given by Attorney Conn.

He stated that the individual who owns the property was placed on 3 month probation to get the property cleaned up. The owner has until April 1, 2023 or he will face stiffer penalties.

Some discussion was had about what happens following the April 1 date. The Council is hopeful that things will get done.

Two campers that have been classified as abandoned in Rushville was the next topic.

A short discussion was had between Attorney Conn and the Council members. No action was taken in regards to this agenda item.

Mayor Haller suggested that the City Ordinance in regards to recreational vehicles being used as a residence in town could be posted locally to remind residents of the rules.

The bills were then presented to the Council and were approved without much discussion.

With no further business on the agenda, the meeting was adjourned at 6:41 p.m.