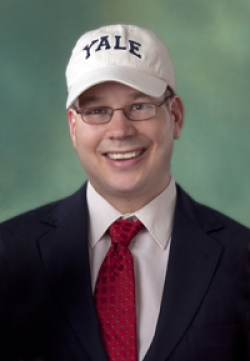 He attended school in Laurel and Culbertson, graduating in 1990.  In 1994, he graduated from Yale University and moved to Billings.  He worked as a graphic designer for Sutton’s Sportswear and Artcraft Printers before opening his own studio, Momentum Graphic Design.

He married and had three handsome sons, Riley Jonathan, Alex Xavier and Michael Lang, whom he adored.  After he was diagnosed with brain cancer, his wife divorced him but he treasured what little time he got to spend with his boys.

Corri found God in 1998.  He said that it was as though God lifted him up, shook out all of the bad and filled him with good.  He was always a kind and considerate man who went out of his way to make others feel special.

His goal was to live long enough to see his boys grow up.  After his niece, Harper Delaney Bruns was born, he revised his goal to live long enough to become a grandfather.  It was not to be, but we are thankful for the time that we had with him.  He was an inspiration and faced adversity with dignity and courage.

Corri was preceded in death by his grandparents, Lester Bruns, Lyle and Irene Schwarting.

Memorial services will be at 10:00 a.m. Wednesday, October 16, at Faith Chapel. Arrangements are by Cremation & Funeral Gallery. Condolences may be sent to the family at www.cfgbillings.com through “Our Families.”