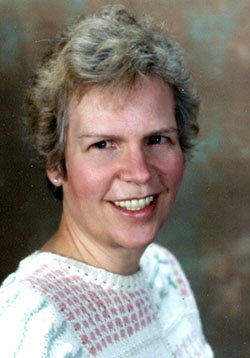 Paula was born in Fort Collins, Colorado, on June 5, 1948, to Vernon and Mae Johnson. She originally attended Loretta Heights College in Denver, Colorado, and later completed her baccalaureate degree in teacher education at the University of Nevada, Reno. She met her husband, Barney, on a blind date at Loretta Heights. They married in January 1969 and moved to Nevada where she completed her degree.

Paula taught English and history for over 25 years at Nevada Youth Training Center, a juvenile detention facility. She has been described as a teacher who had a remarkable commitment to her students. She believed that no matter what the challenging circumstances the student came from, they could succeed if held to high standards. Under her instruction her students often excelled. More than one student contacted her years later and thanked her for the difference she made in their lives.

She loved music, reading, writing poetry and journaling. Over the years she wrote hundreds of poems, some of which were published by national poetry organizations. She often wrote poems about her aspirations, her children, but most often her students.

Paula from a young age loved to travel. At age 16 she travelled around the world with her family and through her adult life continued to travel. She travelled with Barney to Australia, Greece, and the Panama Canal, to name a few.

On February 19, 2005, she suffered a severe brain injury from a car accident that took her husband’s life. In the eight years since the accident, Paula exhibited tremendous courage and determination in her recovery. During her recovery she had to learn to walk again, and to read and write. She never faltered in her desire to regain her life. She inspired others with her tenacity and ability to overcome the extreme challenges that were before her with a brain injury, and doing it with humor and always a smile.

Paula leaves behind a legacy of hope for survivors of traumatic injuries. While her gifts were many, her greatest gift was her ability to express sincere gratitude for every additional day she lived. Her appreciation and gratitude for life set an example for all around her.