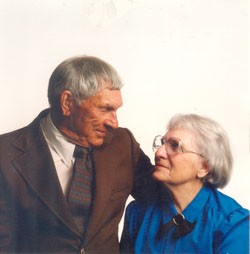 Phyllis Ott, 92, formerly of Bridgeport and Rushville, NE passed away on December 14, 2013. She passed away at her home with her daughter, Terri/Ed Miller where she has lived for the past several years.

She married Lloyd Ott in 1940 at Harrisburg, NE. Together they raised four sons and one daughter and made their home on a farm NE of Bridgeport until 1963, when they moved to Rushville. When Lloyd retired in 1980, they moved to Port Townsend, WA to be closer to family. They moved back to Bridgeport in 2000.

She is survived by sons, Randy, of Olympia, WA; Jon/Mary of Cheyenne, WY; and Jack/Lora of Shelton, WA; and her daughter Terri/Ed Miller of Kinmundy, IL. Brother Doug/Dutchie Newkirk of Bridgeport, NE as well as many cousins, nieces, nephews and other relatives and friends. She was preceded in death by her husband, Lloyd; son, Robert; and niece, Beth Newkirk.

At her request, cremation has taken place. A graveside memorial service will be held at the Redington Cemetery at a later date. Memorials are requested to your local library.