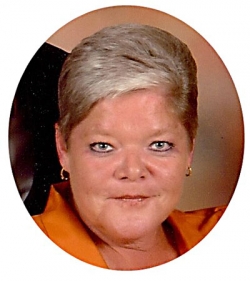 Kim attended Gordon Public Schools and lived the majority of her life in Gordon.  She graduated from Gordon High School in 1973 and then attended the Methodist School of Nursing in Omaha.  In 1976, she received her nursing degree and returned to the panhandle and became active in the medical profession.  After working in health care in Chadron, Sidney and Portland, Oregon she returned to Gordon and has lived and worked in and around Gordon for the past 34 years. In 1994, Kim finished her Bachelor’s degree in Nursing from the Brookings School of Nursing and in 2006 completed her Master’s degree from Brookings.  Kim was active in the area’s Home Health Care programs and also served as school nurse at the Gordon Public schools for a period of time.

In 1992, she married Al Weibel and the two have lived the majority of their married life at 316 East Ninth Street in Gordon.  Kim and Al were major supporters of the American Legion baseball program.

An avid golfer from the time she was in grade school, Kim remained active in the golfing activities at the Gordon Country Club.  During the winter months, Kim was an active bowler in various area bowling leagues.

For the past 30 plus years Kim has been actively supportive of her 4 nieces: Leslie, Katie, Stephanie and Jayme.  From coaching their basketball teams to attending their school activities, Kim has always been there for the girls to lend a hand or give support.

Of all that Kim will be remembered for her infectious sense of humor and her honest approach to life stands out.

Kim was preceded in death by her parents Fred Beattie and Dea Beattie, her grandparents Howard and Louise Stauffer and an infant sister Lynn Marie Beattie.

She is survived by her husband Al Weibel and stepchildren Chuck, Andrew, and Adam Weibel and Laura Boardman and her step grandchildren Michael, Kris and Nikki Boardman.  Her sister Krissa and her husband Jim and her nieces: Leslie Dickinson and her husband Andy, Katie Wheeler and her husband Jon, Stephanie Rucker and Jayme Rucker.  Her half brother David Beattie and wife Catherine, half sister Kori Kelley and her husband Ryan and a sister-in-law Madeline Epstein, also many nieces and nephews and a host of lifelong friends.

Funeral services were held Saturday, May 10, 2014, 10:00 AM at the First Presbyterian Church with Celebrant Harlen Wheeler officiating.  Burial was held in the Gordon Cemetery.

The family suggests memorials to the Gordon Ladies Golf Association or the Gordon American Legion Baseball Program and donations may be sent in care of Chamberlain-Pier Funeral Home, PO Box 366 Gordon, NE  69343.