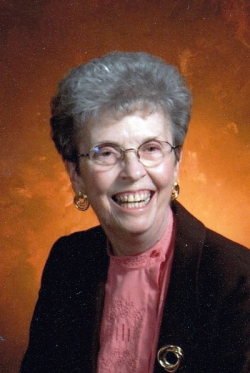 Shirley Rae (Louks) Flohr, the daughter of Richard and Maxine (Beckley) Louks was born November 24, 1940 in Crawford NE. Shirley attended grade school in Denver, CO; Neligh, NE; Fort Worth, TX; and Gordon, NE. Following her graduation from Gordon High School in 1958, she attended Chadron State College earning the Richard Hildreth Communications Scholarship and a Bachelor’s Degree in Education in 1961. Shirley majored in English, Speech and Drama which led her to pursue a career teaching English at Sidney Junior High in 1961. The following year she married Jack Flohr on July 8, 1962. In 1965 Shirley left Sidney Public Schools to teach High School English in Lorenzo, NE. The following year she left her teaching career for what truly exemplified her persona….family and faith devotion while helping others through the gift of volunteerism.

Education and a healthy lifestyle were very important to Shirley. In 1979, she began walking for fitness and later volunteered as a fitness instructor for over 10 years at the Cheyenne County Community Center teaching Senior Stretch Class and Silver Sneakers until arthritis prevented participation.

Shirley enjoyed socializing with people of all ages, helping others, volunteering, reading, book tapes, movies, concerts, plays, bridge, cooking and handwork. Her favorite handwork was crocheting afghans as gifts for family and friends to honor special occasions. The personalized label, “Hand-Made with Love by Shirley Flohr” can be found on hundreds of blankets. Most of all, Shirley loved spending time with her family and friends.

Funeral services will be held at 10:00 A.M., Friday, June 13, 2014 in the Holy Trinity Lutheran Church with Pastor David Hall officiating. Services will conclude at the church with cremation to follow.

Memorials have been established to the Cheyenne County Community Center or the Sidney Public Library in care of the American National Bank in Sidney.

You can view the online obituary and share condolences with the family at www.holechekfuneralhomes.com.

Holechek Funeral Home and Cremations in Sidney is serving the Flohr family.