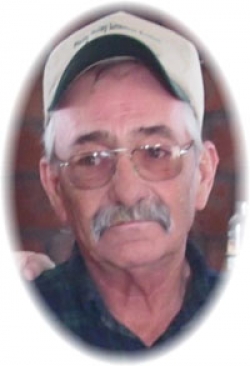 Funeral services for Gary Janssen of Rushville, Nebraska were held on Friday, May 30, 2014, at 10:00 a.m. at the Immaculate Conception Church in Rushville with Father Bernard Berger officiating.  Burial will be at St. Mary’s Catholic Cemetery in Rushville.

Gary passed away on May 27, 2014, at the Chadron Community Hospital.

Gary was involved in many activities throughout high school, such as football, wrestling, and baseball. On December 21, 1977, he married Theresa Marie Schmaltz. Being a very hard worker, Gary spent the great majority of his life working hard on various farms and ranches to provide for his wife, Theresa, and daughters Jenny and Corinne.

Gary was an enthusiastic Husker’s fan and also enjoyed being outdoors hunting, fishing, playing horseshoes, farming, spending time with friends and family, and kicking back with a few PBRs. He was a man who enjoyed the simple things in life, and enjoyed growing a garden and spending time with his children and grandchildren.  After retiring a few years ago, one of Gary’s favorite past times was watching the Colorado Rockies on television.

Gary was preceded in death by his wife, Theresa (Schmaltz) Janssen, brother Jim (Herman)Janssen, and his father  Martin Janssen.

A memorial has been established. Donations may be sent to Chamberlain Pier Funeral Home, PO Box 366, Gordon, NE  69343.