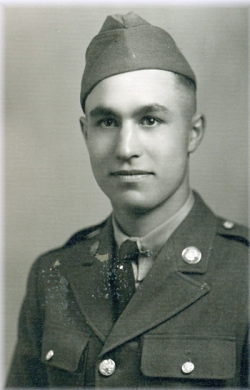 When Roy was 5 years old, he came with his family, by train, to #73 Soudan Stockyard, a short distance from their new home, northeast of Gordon, in Cherry County.  It was Christmas Eve, 1924.  Their new neighbors came by team and wagon to take the Burress family to the school Christmas Program, and Soudan School, District 65.  Roy and his siblings later attended this school.

In 1942, Roy joined the United States Army, serving his stint at Ft. Robinson in the Calvary Unit.  He spent all four years just 40 miles from home, while a war was going on overseas.  There he trained horses and dogs, and even got to take his own horse, Playmate, to Ft. Rob!

He is survived by his sister Edith Jelinek of Kearney, stepson Don (Dorene) Rice of Scottsbluff, stepdaughter Glenda (Bill) Gann of Billings, MO, his friend, Blanche of Lewellyn , and many nieces and nephews and friends.

Funeral service will be held Saturday, July 19, 2014, at 10:00 am at Chamberlain-Pier Funeral Home in Gordon, NE, with Jana Jelinek and Brett Burress officiating.   Burial with Military Honors will be held in the Gordon Cemetery.   Lunch will be provided by the Gordon American Legion Auxiliary following the service at the cemetery.  All are welcome to attend.