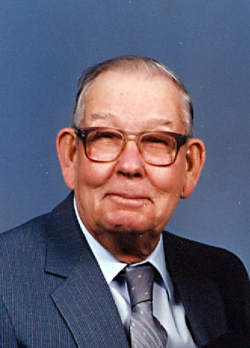 On January 2, 1943 he was united in marriage to Virginia Doris Engel in Rushville.

In addition to his parents, he was preceded in death by his wife, his brother, Floyd, his sisters and their husbands, Inez and Don Harris and Dorothy and Harold Jensen.

Funeral services will be Saturday, August 30 at 10:00 a.m. at Grace Lutheran Church in Gordon. The Reverend Martin T. Schnare and Reverend Richard C. Mueller will officiate. Burial will be in the Gordon Cemetery. Visitation will be Friday from 1-7 p.m. at the Bates-Gould Funeral Home.