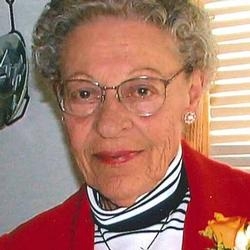 Georgean E. “Jean” Bunger, 87, passed away Saturday, September 6, 2014 in Rochelle. Jean was born June 3, 1927 in Hay Springs, Nebraska to George and Nellie (Roffers) Janssen. She married Henry R. Bunger on March 9, 1968 at Williams, Arizona. She worked in the banking industry for many years. She also served as an election judge in Lee County. Jean always went out of her way to help others and was an especially great help to her late husband on the farm.

The funeral service was held Thursday, September 11, 2014 at the Unger-Horner Funeral Home, 400 N. 6th St., Rochelle with Father William Schuessler officiating. The visitation was Wednesday, September 10, at the funeral home. Burial followed the funeral service at Lawnridge Cemetery in Rochelle. Memorials may be made to Immaculate Conception Catholic Church, Rushville, Nebraska or a charity of your choice.