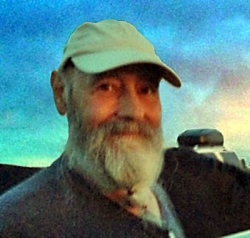 John was born to Martin and Rosabelle (Kessler) Rath  in Des Moines, IA, on March 2, 1943. When he was a young boy, his family moved and he grew up in Yankton, SD. As a young man, John worked many jobs from grocery store clerk to working on interstate highways. He married Mary Anne Hollstein in 1967 and moved to Texas while serving in the United States Army, where he worked in the radar field. John and Mary Anne moved to Lincoln, NE, in 1968. While there, John worked at the Goodyear factory while he obtained a Bachelor of Science degree in Industrial Arts from the University of Nebraska. John had a love for building and architecture. He built an apartment house, worked on rental houses, building projects, and became a real estate agent.

John and Mary Anne have three children; Chris, and twins, Julie and Cyndi. The family lived in Lincoln until 1977, when they moved to Rushville, NE. John made a 360 degree career change working as a farmer and grain elevator operator. He was a god Dad, taking his children and many of their friends on vacations, motorcycling, roller-skating, snow-skiing, camping, and hiking in the Black Hills and northwest Nebraska.

He purchased an acreage in the early 1980’s in Custer and started a thirty-four year lifetime project building an energy efficient futuristic home. His home included passive solar, thermal mass, greenhouse, and water collection. He worked part time jobs from time to time such as truck driver, builder helper, well drilling, Wind Cave and Jewel Cave, and living a very simple life with less. He was able to travel and be of help to his children. He worked for one year assisting his son, Chris, build another energy efficient home near Plattsmouth, NE. The last few years he stayed home in Custer, growing food in his green house, working on his home, and restoring old cars which were his hobbies. John was a mountain man and his son, Chris, always thought he needed to be on some sort of reality show with all his odd jobs, hobbies, inventions and experiences. He had a long braided beard and looked a little like Sid from the reality show “Duck Dynasty.” He was a kind and caring person and helped many people over the years in his own ways.

He will be greatly missed. A life celebration for him is planned to be held next summer in the black hills.

Arrangements have been placed in the care of McColley’s Chapel of the Hills in Hot Springs. Written condolences can be made at www.mccolleyschapels.com.

More in this category: « Phyllis B. Hamilton Neamon “Pat” Metcalf »