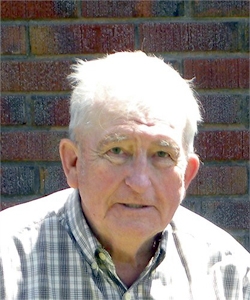 He grew up in Ainsworth, Neb., where he went to school and worked on the family farm. He was in the high school band and played trombone.

He met Barbara Broemer of Gordon, Neb., and they married on August 28, 1954, in the Scottsbluff, Nebraska court house.

Norman worked on farms in South Dakota until they moved to Gordon in 1960 to raise their family. Born in the union were DeEtta Rose, Lisa Jean, Bryan Keith, Kelli Marie and Gayla Ann.

Norman loved to play the guitar and accordion on Sunday in church. He also loved to do woodworking and embroidery quilts for his grandchildren and children. He enjoyed his new community and made many friends in Oshkosh. He played cards on a weekly basis with a group of close friends and an occasional outing with the group.

He was preceded in death by his parents, George and Anna Edwards, nine brothers and sisters, his spouse Barbara, daughters DeEtta Rose and Gayla Ann and granddaughter Marisha Lynn Edwards.

Funeral services were held Monday December 29, 2014, 10:00 a.m. at the Chamberlain-Pier Chapel, Gordon, Neb. Burial was held in the Gordon Cemetery.