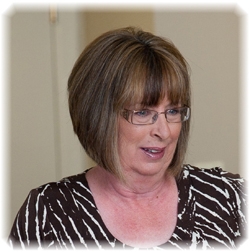 She was born August 14, 1953, in Hot Springs, S.D. to Glen and Vivian Smith. As a young girl she lived with her family on a ranch near Buffalo Gap, S.D., and was educated in Buffalo Gap until the 8th grade, at which time she transferred to Hot Springs, S.D. to finish high school. While in high school she played basketball, sang in the choir, and was a member of the Key Club and National Honor Society graduating as the Salutatorian. After high school, she attended and graduated with honors from a junior college in Nevada, Mo. (Cottey College) then transferred to Chadron State College to complete her bachelor’s degree in psychology graduating Magna Cum Laude.

On August 23, 1975, she married Robert Alcorn in Hot Springs, S.D. The couple lived in Chadron for three years while Bob completed his bachelor’s degree and Glenda worked as a probation officer. In December of 1979, Bob and Glenda moved to Gordon, where they opened a State Farm Insurance Agency in which Glenda worked until her passing.

She was a loyal member of the local P.E.O. chapter, St. Mark’s Episcopal Church, and the Gordon Golf and Country Club women’s golf league. In addition to golfing, she enjoyed reading, watching television, and, in her youth, was an avid bowler. Her greatest joy, however, came from spending time with her children and grandchildren.

Services were Saturday, January 10, 2015, 10 a.m., at St. Leo’s Catholic Church, with Harlen Wheeler officiating. Burial was at the Gordon Cemetery.