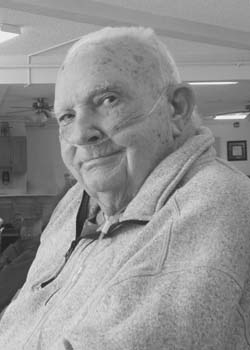 Born and raised in Gordon, Nebraska, he was a high school graduate from the class of 1952. He met his wife, Betti Sellers in Martin, S.D., where they raised their three children Jonna Rae, Babette Fae, and Chris Vance.

Jon was a business owner of several ventures in Martin including Heeftle Construction, which developed and built many of the structures throughout Martin, S.D., Gordon, Neb. and the surrounding area. He spent a number of years as the Director of Construction for the BIA and ended his working career as the Public Works Director of the City of Martin, retiring in 2000. After retirement, Jon moved to Tensleep, Wyoming where he enjoyed the friendly small town, the cafes, and watching his grandchildren grow. Jon was known by many as inquisitive, kind, and generous.

Jon is survived by his children Jonna, Bab, and Chris; grandchildren Aaron, Amber, Aimee, Luke, Jordan, and Harley, and his niece Shaune.

The family was extremely happy with the staff of the Worland Healthcare Center where Jon lived in his final years, receiving exemplary care and kindness.

In lieu of flowers, a donation to your favorite charity or the Martin Volunteer Fire Department in his honor will be appreciated.

Memorial services will be held in Ten Sleep, Wyo. and in Martin, S.D. at a later date with dates and time to be announced. Online condolences may be made at www.bryantfuneralhomeonline.com.  Bryant Funeral Home is assisting the family with arrangements.