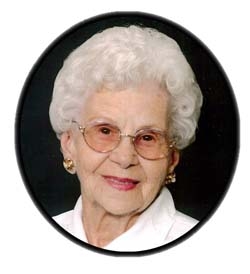 She was born December 26, 1921, to Paul and Lulu (Squire) Stansbury at Creighton, Nebraska. She graduated from high school at Rushville, Neb.

Doris married Paul Thomas Kearns on March 23, 1941. She spent most of her life being a farm wife and raising their six children. She was also the owner and operator of D-D’s Boutique for 24 years.

She was a member of the Immaculate Conception Catholic Church, the Altar Society, the Luncheon Craft Club and the Red Hat Society.

She was preceded in death by her husband Paul Kearns and grandson Danny Kearns.