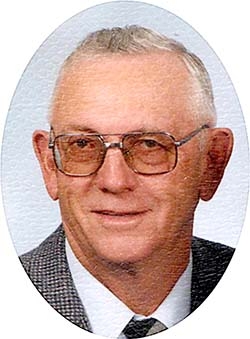 Rex K. Hooper, 78, passed away peacefully in his home in Rapid City, South Dakota on March 10, 2015 with family by his side.

Rex was born February 15, 1937 to B. N. (Nuck) and Sylvia (Hankins) Hooper at the Boiling Springs Ranch south of Cody, Nebraska. He was the youngest of seven children. Rex moved with his parents to South Dakota for a few years and then to the Metzger Ranch south of Merriman, Nebraska where he called home until graduating from high school. Rex attended high school at the University of Nebraska School of Agriculture in Curtis, Nebraska and graduated with the class of 1955. While in high school he was active in sports and AKSARBEN and served as mayor of the boy’s dorm. He went to McCook Junior College for one year to play football and enlisted in the United States Army in 1959, serving as a radar missile operator.

Rex met Junie Skinner while they were attending high school at Curtis. They were married August 5, 1963 and lived on various ranches in the sandhills. To this union two daughters were born, Lynn and Jill. In 1979 he moved his family to Hemingford, Nebraska to become a railroad engineer for Burlington Northern Santa Fe. After 23 years he retired from the railroad and once again enjoyed the ranch life helping his brother Ken on the ranch they owned together. Rex enjoyed reading, poetry, Sudoku, playing pinochle, was an avid Husker fan, but most of all he enjoyed time with his family.

Preceeding Rex in death were his parents, brothers Bernard and Dwight, and sisters Fay Metzger and Betty Jeager. His survivors include his loving wife of 51 years, Junie, daughters Lynn (Dick) Beasley, and Jill (Pete) Jensen, brother Ken and sister Dena Drury and his charming grandchildren, Hayden and Amelia Jensen, and Jacob, Sydney, and Taylor Beasley who brought him so much joy. He had the pleasure of playing in the sand hill blow outs, teaching them to drive tractors and pickups, ride horses and endless games of cards.

Rex’s love for family, humble attitude and friendly nature will be greatly missed by all who knew him.