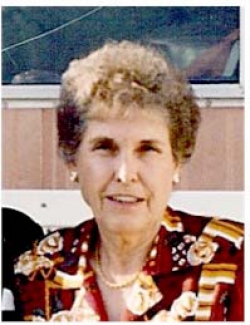 Arlene E. (Fitch) Mathews, age 89, of Gordon, Nebraska, went to be with her Lord on Thursday, March 19, 2015, at Gordon Countryside Care. Cremation has taken place and a memorial service will be held at a later date in Gordon.

Arlene was born September 6, 1925, in Gordon, Nebraska, to the parents of Alfred and Hazel (Hull) Fitch. Growing up in the western Sandhills of Nebraska, Arlene attended one room rural schools. She attended Jamison School, south of Merriman and after moving to the Half Moon Ranch, north of Gordon, she attended Field Side School. Arlene and her younger sister Ila Mae shared many adventurous rides on their horse Tommy, a retired race horse, during their 4 ½ mile trips to and from school. Every day they argued on who got to drive. When Tommy seemingly got tired of hearing their constant arguing, he promptly bucked them off. Ila Mae was usually the one carrying the saddle while Arlene chased down Tommy. After completing the eight grade, Arlene joined the freshmen class of Gordon High School and graduated in May of 1943.

Job opportunities moved the Fitch family to Kirkland, Washington. Alfred and Hazel worked as welders on the ship yards and Arlene also worked there with the switchboard. Arlene’s aunt, Gladyce Reutter, was also living in Washington, but moved to Florida, shortly before the family decided to move back to Nebraska. Instead of moving back to Nebraska, Arlene went to visit Gladyce in Florida. While in Florida Arlene met C.A. Mathews and they were married on March 12, 1947. A son Charles was born June 2, 1948, in Bartow, Florida, where C.A. was born and raised. In 1952, they did move back to Kirkland, Washington, where Arlene worked for a phone company for 4 years before she went to work at the US Bank for 24 years.

When C.A. retired they traveled around and ended up settling in Florida for 17 years. Arlene was a member of the Spring Lake Baptist Church in Florida, where she taught Sunday school and was the church secretary and treasurer. They lived within a mile of two golf courses and Arlene would play golf at least 2 to 3 times a week. C. A. gave Arlene the choice of a new car or a pool and she choose the pool, where she swam every day. After C.A. died in 2000, Arlene decided to move back to Gordon, to be closer to her family.

She was preceded in death by her husband C.A. Mathews, her parents Al and Hazel Fitch, her sister Ila Mae Coon and her great niece Kori Ann Coon.

She is survived by her son, Charles A. Mathews, her nephew Captain Wynn L. Coon and wife Wenda, her niece Christy A. (Coon) Knorr, and great niece Calli Lyons and her family.

Her cremains will be buried next to her husband at Wildwood Cemetery, in Bartow, Florida.

A memorial has been established for the Gordon Countryside Care, and donations may be sent in care of Chamberlain-Pier Funeral Home, PO Box 366 Gordon, NE 69343.