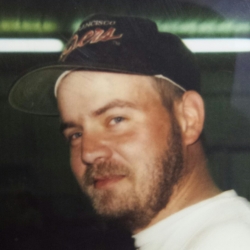 Robert James Fetter passed away at the age of 40 on June 26, 2015 at Rapid City Regional Hospital, where he was surrounded by family and friends.

Rob enjoyed visiting with his family whenever he could. His Uncle Darwin enticed his interest in owning a mustang. He also enjoyed 4-wheeling. Rob enjoyed hunting with his cousin Ty, fishing, playing cards and spending time with all his nieces and nephews. He never married or considered having children of his own as he helped raise everyone else’s.

Rob was a loving man who would do anything for anyone. He will be greatly missed.

Services will be held at the New Legion in Martin, SD on July 1, 2015 at 10:00 am with Pastor Martin Leeper officiating.  Burial will be at the Martin Community Cemetery.