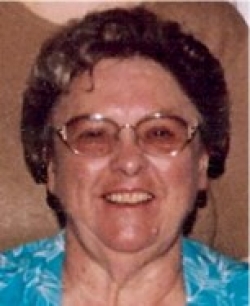 Helen Jane Kayton, 77, of Gordon, Nebraska passed away Friday, July 17, after a lengthy decline in health, at Gordon Countryside Care with her children and son-in-law at her side.

She was born August 23, 1937, in Chadron, Nebraska to Orie Harris and Helen Barbara Scott and graduated from Hay Springs Nebraska High School in 1955.

Helen attended Nebraska State Teachers College at Chadron, where she studied to be a teacher and spent a few years in that profession in the Crawford and Hay Springs, Nebraska vicinity.

In 1957 she married Billie Vernon Kayton in Hay Springs, Nebraska. Helen resided in Gordon most of her life except for a short period of time when the family lived in Saint Paul, Nebraska.

Her life was filled with activity and giving to others. She was a homemaker, den mother for Cub Scouts and leader for Campfire Girls, as well as an unofficial ambassador for the local Farmer’s Market, greeting everyone with her warm smile and friendly love. Helen loved going to coffee with the local ladies; to miss that time was dreadful. The weekly Wednesday morning craft club was also a highlight and she was involved in the local Quilt Guild. She enjoyed gardening and farm animals. She was a very active member of the Wesleyan Gospel Chapel and served as a Trustee as well as a greeter, Sunday School Secretary and holding other positions over the years. Helen took pleasure in serving on the planning committee for the World Day of Prayer celebration in the Gordon area.

She was the local Hallmark Card representative, primarily with Alco Discount Stores for a number of years and worked for a short period of time as the Foster Grant merchandiser. Helen was also a member of the Legion Auxiliary. Her passions included collecting recipes and cookbooks, cooking for everyone, reading, crafts of all kinds and yard sales. Her cross-stitch collection is a trip down crafter’s memory lane.

In the latter months of her life she experienced serious health issues which destined her to be in and out of various care facilities before becoming a resident at the Gordon Countryside Care Nursing Facility in April.

She will be greatly missed by everyone who knew her and even those whom she had never met, because, for Helen, there were no strangers.

Services were held 10:00 AM, Tuesday, July 21 at the Wesleyan Gospel Chapel, with the Rev. Jason Hurd officiating. Burial was at the Gordon Cemetery.

The family suggests memorials to the Wesleyan Gospel Chapel or the Gordon Senior Center. Donations may be sent to Chamberlain-Pier Funeral Home, PO Box 366, Gordon, NE 69343.