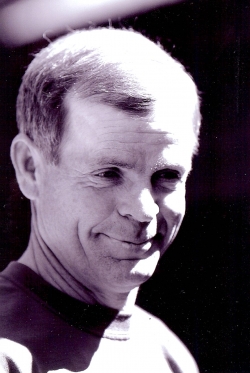 Kenneth (Ken) Richard Hunter, age 61, of rural Sheridan County, Nebraska, died July 14, 2015, as a result of a tractor accident near his home.

Ken was born October 8, 1953, to Robert and Aldean Hunter.  Ken lived with his parents and two brothers on a ranch near Manderson, SD until 1956.  He then lived with his family on their cattle ranch south of Rushville, NE.  He attended school in a rural one-room school through the 8th grade.  He then went to Rushville High School and graduated in 1971.  While in high school, Ken was active on the football and wrestling teams, an honor student and a member of FFA.

Ken received his Associate of Arts Degree in Architectural Studies from Western Nebraska Technical College.  He then moved to Broken Bow, Nebraska to begin working for Medical Facilities, an architectural firm, drawing and designing hospitals and nursing homes.

On August 30, 1974, he married Tracy Hunter, his high school sweetheart.  The couple lived in Broken Bow, Nebraska until 1977 when the branch office of the architectural firm closed.

The young couple then moved back home to Rushville, Nebraska where Ken worked for the local Soil Conservation District and then worked as a carpenter for Roger Vincent.  Ken and Tracy began building their home on the ranch in 1978, driving to the ranch in the evenings and weekends constructing the home that Ken designed.  In 1979 they moved into their newly completed home and Ken began in the cattle ranch operation with his parents.  That year the couple’s first son, Eric joined the family.

Cattle ranching was not just a way of life for Ken, it was a passion that he loved.  He had a true love of his ranching life and all of the animals in his care.

In 1982 the couple’s son, Ryan was born.  As the two boys grew, Ken was involved in their activities and helped with many 4-H livestock projects, the showing of cattle, sporting events and school activities.  He was always extremely proud of his boys and their accomplishments, and always led them by example of the importance of hard work, honesty, and friendships.  Ken had a strong belief that as a family they should give back to the community that supported them.  He made it his lifelong commitment to serve on at least one community organization board at all times.  Over the years Ken was involved as a school board member, extension board member and on the Rushville Rural Fire District Board for over 15 years, and most recently served several terms as their president.

In 1994 Ken purchased his parents share of the cattle and equipment, and he and his wife continued operating Hunter Ranch until the day of his death.  Their son, Ryan, joined the family cattle ranch in 2006.

Ken enjoyed life and all it had to offer.  Over the years, he spent time bowling, golfing, following college football (especially the Nebraska Cornhuskers), traveling, hunting, going to movies, but time spent with his family and friends was most important.  He loved having his four grandchildren with him, and provided many rides in the tractors and on 4 wheelers, living room wrestling matches and pillow fights.

Ken is preceded in death by his father, Robert Hunter.

A memorial has been established for the Rushville Rural Fire District or the United Methodist Church and donations may be sent in care of Chamberlain-Pier Funeral Home, PO Box 366 Gordon, NE 69343.