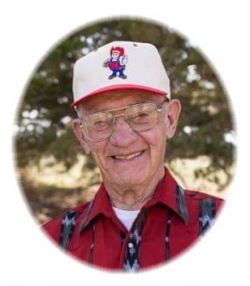 Donald Alvin Macumber, 78 of Gordon, passed away Oct. 10, 2015 at his home. Donald was born March 10, 1937 to James and Mable (King) Macumber in Gordon, Neb. He grew up southeast of Gordon in the Sandhills. Donald attended elementary school in rural Cherry County. He then went to high school in Curtis, Neb. where he graduated in 1955

He married Phyllis Sandoz on October 18, 1957and to this union six sons were born: Donald Jr., James, Gregory, Quentin, Marvin, and Douglas.

During the course of his life, Donald worked for Sheridan Dairy, the Aarens Ranch, then moving to Lander Wyoming where he worked on the ranch with his father. He returned to the Gordon area in spring of 1961 working for Nebraska Beef Packers for 15 years, then driving gas truck for Hix Oil for 23 years until he retired in 2001.

Donald had a great love for the outdoors, including hunting, fishing, and gardening (while cussing the weeds) and spending time with family and friends.

Donald was preceded in death by his grandparents Ora and Mary King, James and Glen Macumber; parents James and Mable Macumber; sons Donald Jr, and James, a brother Richard Macumber and a sister Karen D’Orange.