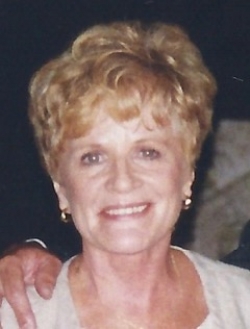 Marilyn Jean Lyon (Edgell), age 81, died on Dec. 18, 2015 in Corpus Christi, Texas. Marilyn was born to Carlyle and Viola (Hagel) Edgell on Dec. 5, 1934 in Rushville, Neb. Marilyn attended the University of Nebraska in Lincoln. On October 1, 1961, Marilyn married Owen G. Lyon in Rushville and they enjoyed 54 years together. Owen could never forget their anniversary because it was on that same date Roger Maris hit his 61st home run setting a new home run record.

She is preceded in death by her sister Maureen Pearl Karn and Maureen’s husband Peter Lawrence Karn.

In lieu of flowers, donations may be made to the Alzheimer’s Association (alz.org) or an animal rescue organization. Farewell Marilyn - we know you’re now resting at the most magical-looking beach, surrounded by kittens and one injured pelican.