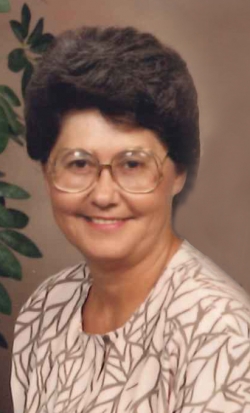 She attended elementary school in Denby, S.D. through the eighth grade; she graduated from Gordon High School in 1958. She attended business school for two years in Denver, Colo., and worked as a secretary for eight years in Denver.

On December 27, 1968, she married Arlin E. Lowe of Tekamah, Neb., and began her career at Tekamah-Herman Elementary School as a secretary. Later, she was employed by Burt County Public Power as a cashier and secretary until retirement.

Her beautiful flowers were gracefully displayed in her well-groomed yard; her prolific vegetable garden was for sharing with neighbors and friends, and for home canning. Being an excellent cook and housekeeper was her pride and joy.

Many enjoyable summers were spent at their cabin on the Missouri River boating, fishing and mushroom hunting with friends and family.

She was preceded in death by her parents, Ansyl and LaVerne; grandparents; aunts and uncles; younger brother, Eugene.

She is survived by her husband, Arlin of Tekamah; brother, Jerold (Janet) of Parkville, Mo.; sisters-in-law, Karol (Duane) Lockmon of Rushville, Neb., Sharon Harris of Gordon, Neb.; nephews, nieces and cousins in Kansas, South Dakota, Iowa and Nebraska who have fond memories of her.